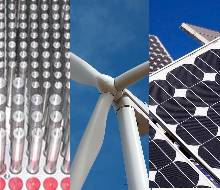 While Australia has remained steadfast in forgoing nuclear power generated electricity, the option continues to be floated as a possibility to help Australia head towards a low-carbon future. However, a recent poll shows that the majority of Australians would still prefer to see renewable energy being the focus.

A recent survey commissioned by the Clean Energy Council (CEC) has shown huge support for renewable energy technologies such as solar power and wind energy compared to nuclear power in Australia.

The Newspoll survey was conducted nationally among 1205 respondents aged 18 years and over by telephone over the period of 4 to 6 December.

However, in regard to which approach should receive the greater attention, 80% of respondents said that the government should give priority to renewable energy while only 15 per cent favoured priority being given to developing nuclear energy sources.

The survey also found males and those over 50 were significantly more likely to believe greater priority should be given to nuclear energy.

CEC chief executive Matthew Warren said the results show Australians want the Government to exhaust every other alternative before talking about nuclear energy as a climate change solution for Australia.

The CEC is an industry association representing the clean energy and energy efficiency sectors.  It has more than 300 member companies involved in the development or deployment of clean energy and energy efficiency technologies including wind, hydro, wave and ocean, solar photovoltaic and thermal, bioenergy, solar hot water, geothermal and cogeneration.

Solar and Wind vs. Nuclear Power – The Nuclear Illusion