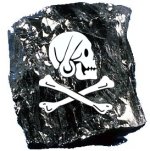 What are the world’s most deadly energy sources? How many deaths occur as a result of coal fired power generation compared to solar power? A web site  has attempted to run the numbers.

People die as a result of powering our gadgets and appliances; from the mining and extraction of fossil fuels and raw materials, to installation and maintenance – and some energy sources are bigger killers than others.

It comes as no surprise that coal fired power generation has an associated high mortality; particularly in China where mine collapses and explosions seem to occur on a weekly basis.

While by no means a scientific study and with many data gaps, NextBigFuture has made an attempt to compare various energy sources in relation to human deaths per terawatt hour with the following results.

NextBigFuture details how the figures are arrived at and points out for rooftop solar power, many of the deaths are in connection to falls during installation – an occupational health and safety issue that could be easily addressed.

Not included in the figures are the “unseen” deaths from fossil fuel based energy generation – ones that would be well near impossible to calculate – such as those that have occurred through greenhouse gas emissions related climate change events including drought, floods and famine. Also not included are the results of deaths from wars directly related to fossil fuel resources