The Australian Energy Market Operator (AEMO) ‘2017 Electricity Statement of Opportunities’ report says the grid “does not have the energy reserves it once had”.

Because of this, grid security must be found outside the traditional frequency response security provided by coal-fired turbines.

It also envisages a nationally planned and/or coordinated renewables push, but adds that, “No such national target currently exists.”

The report says AEMO is “indifferent to what fuels or technology resources are utilised” to secure the grid.

“Firming capability can be dispatched to maintain balance on the power grid, and can include generation on the grid, storage, demand resources behind the meter, flexible demand, or flexible network capability,” it states.

Significantly, it adds that project development lead times are now sufficiently short for some renewable generation technologies that generators “can be operational within short time frames”.

Reliability standard will not be met: AEMO

The analysis shows a heightened risk that the current National Electricity Market (NEM) reliability standard will not be met.

It confirms that for peak summer periods, targeted actions to provide additional firming capability are necessary to reduce risks of supply interruptions. 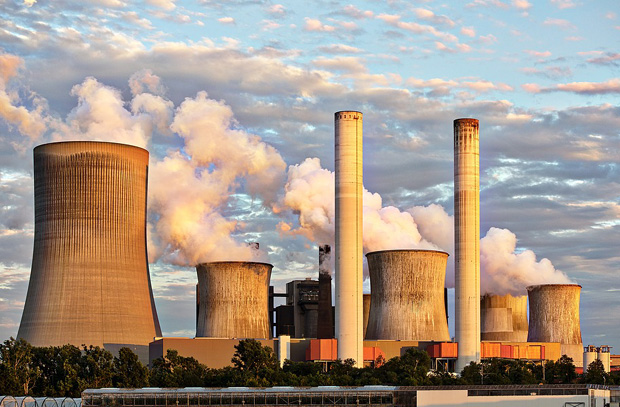 A coal-fired power plant – one of many being closed around the globe. Image: Pixabay

AEMO’s 2017 Electricity Statement of Opportunities (ESOO) modelling shows energy reserves have reduced. It says there is a heightened risk of significant unserved energy (USE) over the next 10 years, compared with recent levels.

In addition, it warns that the retirement of coal generation in New South Wales after 2022, if not appropriately replaced by firming capability, could significantly increase the risk of load shedding.

The report found a reduction in coal-fired generation capacity was due to the retirement of Hazelwood Power Station (1,600 MW) in Victoria in March 2017.

It confirms that, without planned actions via the South Australian Energy Plan and Reliability and Emergency Reserve Trader (RERT) provisions, there is a heightened risk of USE in South Australia and Victoria in peak summer periods.

These risks are being addressed through the development of diesel generation in South Australia and the provision for RERT.

Commenting on the report, the Climate Council says debate is necessary to ensure the stability of the future grid.

“An ideological campaign to promote coal just doesn’t stack up against the technical and economic reality,” she said.