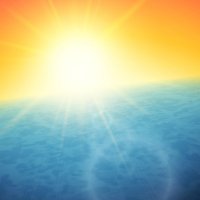 Plenty of sun in Antarctic despite chill.

The solar power array is among the largest in Antarctica. It will help remote Australian Antarctic research stations like Casey to reduce reliance on diesel generation. As a result it will cut both cost and emissions. Emissions are particularly important when it comes to preserving the pristine environment of the polar continent.

The system will provide 30 kW of solar power. This is around 10 per cent of the station’s total demand over a year.

The solar array is flush against a wall of the ‘green store’ building. It will then catch optimum sunlight as the Antarctic sun barely rises above the horizon.

Wall-mounted panels are also more stable in the wind and accessible for installation and cleaning.

The project is a collaboration. The Australian Antarctic Division (AAD) and Masdar, also known as the Abu Dhabi Future Energy Company, worked together to complete it.

It will pool energy-efficiency expertise from hot Middle Eastern deserts and the ice-cold ‘desert’ of the Antarctic.

The work will therefore increase understanding of how solar power systems operate in cold and remote environments.

The heat of the sun in cold places: Making solar work

The project faced extra challenges because of the extreme cold, wind and snow load at Casey research station.

Extensive modelling was undertaken to predict wind and weather conditions. The Masdar team created a special mounting system of brackets and rails to fit the corrugated shape of the green store cladding.

A six-person team at Casey station then installed the necessary cables, switchboard and three inverters. They executed this exercise  in extreme conditions involving blizzards and temperatures as low as – 7°C.

Internal work had to be done on days when wind made the outside work platform unstable.

Now the Australian solar farm will be monitored to test its efficiency. Masdar and AAD want to see how well it withstands the strong wind and snow load of the region.

The AAD may then use solar farms at other Australian stations if the solar panel system performs well.

There are also plans to connect the panels to a solar battery storage system. The station can store energy to use when the sun doesn’t shine.

According to AAD Director Kim Ellis, the technology has great potential for future solar expansion.

Meanwhile, it’s worth getting a solar energy quote to see how solar panels and batteries can help you reduce both cost and emissions.