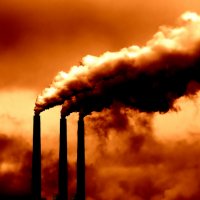 The massive figure includes the costs imposed on governments through air pollution and events triggered by climate change. One of the worst culprits is coal say the paper’s authors; given no country imposes meaningful excises on that fossil fuel.

The report states energy subsidies hold back investments in energy efficiency and renewables and are a highly inefficient way to support low income households.

The removal of post- tax subsidies this year could provide a huge boost in government revenue globally – USD $2.9 trillion; 3.6 percent of global GDP. There would also be a dramatic improvement in terms of human health; reducing premature deaths by air pollution by more than half.

$5.3 trillion is a number that’s hard to get your head around – The Guardian says it works out to $10 million a minute every day and is greater than the total health spending of all the world’s governments.

Lord Nicholas Stern, a climate economist at the London School of Economics, believes the $5.3 trillion figure is quite conservative and a more complete estimate of the costs due to climate change would boost that figure significantly higher.

The paper’s authors say directly taxing an externality such as emissions is in principle “the most simple and effective policy to exploit all potential opportunities across the economy for mitigating the externality.”

Pricing fossil fuels to reflect the damage they cause would also ultimately result in the in the removal of the need for comparatively meager renewable energy subsidies – currently around $120bn a year.

The working paper, titled “How Large Are Global Energy Subsidies?” can be viewed in full here (PDF).

The IMF cautions the opinions in the Working Paper are those of the authors and do not necessarily represent those of the IMF or IMF policy.