Curtin University to play lead role in Fremantle RE project

The Australian Government and industry partners will contribute $8.26 million to a project trialing the use of blockchain-powered renewable energy and water systems in the City of Fremantle. This will enhance Fremantle solar credentials.

The $2.57 million funding is part of the government’s $50 million Smart Cities and Suburbs Program. Project partners, including Murdoch and Curtin Universities, will provide a further $5.68 million.

Western Australian startup Power Ledger is providing its blockchain platform to manage transactions between renewable assets. It will also provide the model of ownership for the community-owned battery. 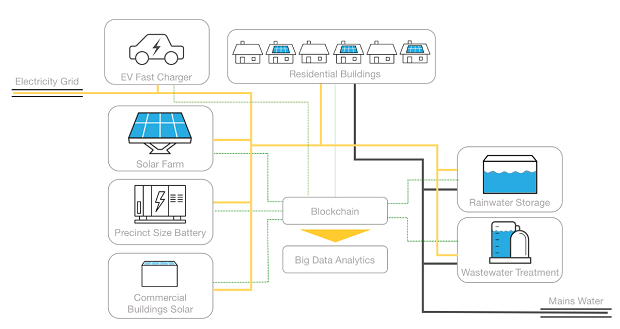 The project is considered a critical test of how smart technology can help cities install and maintain renewable energy systems alongside vital infrastructure.

According to Power Ledger, onsite renewable generation at Fremantle’s water treatment plants will avoid the need for costly distribution upgrades. The systems are due for a $3 million upgrade to increase capacity. Smart metering, battery storage and blockchain trading will allow for improved energy and water savings in the proposed precinct.

City of Fremantle Mayor Brad Pettitt said the collaboration between existing infrastructure, renewable energy and innovative technology will help secure the ongoing sustainability of essential services in the city.

WA’s Curtin University is responsible for leading the project. The university also contributed funding towards the EV fast-charging station at the project site.

“We now have the opportunity to develop an entirely new precinct scale urban water system in Fremantle that will harmonise with the innovative Power Ledger Platform,” said Murdoch University’s Martin Anda.

Other partners include Landcorp, which owns the proposed project site, and CISCO, which will support the project through its strategic partnership with Curtin University known as Innovation Central Perth.

The project will commence over the next two months and take two years to complete.

“We’re excited to break ground on this truly novel project that utilises blockchain technology to orchestrate sustainable assets,” she said.