The City of Sydney is supporting a $2.25 million Ausgrid program which could boost apartment solar uptake in the area.

The City is contributing $750,000 to the initiative aimed at reducing electricity demand and carbon emissions in the Sydney region.

Ausgrid has the second lowest rate of solar uptake in Australia due to its large number of apartments and commercial buildings, the energy network claims.

However, the City-backed project could increase the number of solar power installations on apartment buildings and leased commercial properties.

City investment will be matched with a significant co-investment by Ausgrid and property owners. Each project proposed for funding will be approved by the City. 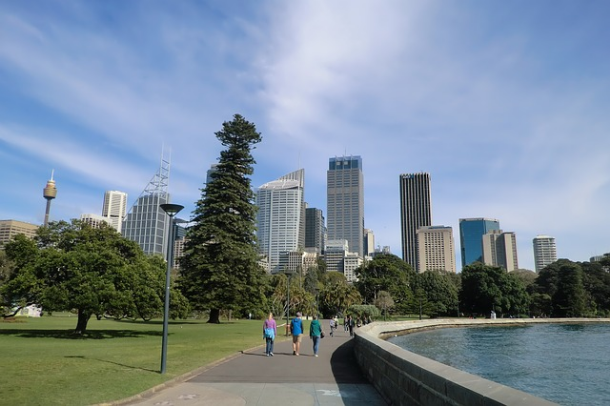 Sydney tower blocks could see a boost in solar uptake through a joint City of Sydney-Ausgrid initiative. Image: Pixabay

The initiative offers incentives for customers to reduce their power use on a long-term basis.

Permanent reductions subsequently reduce the need for Ausgrid to replace its ageing electricity infrastructure. Because grid demand is lower, energy costs for consumers are also reduced over time.

Reductions can then be achieved  through:

The Ausgrid grant program could reduce emissions by around 10,000 tonnes annually. This is comparible to removing 2,500 cars from Sydney roads.

The Ausgrid program will also help City of Sydney extend renewable energy throughout the Sydney region. The Ausgrid network covers Sydney and also services parts of the NSW Central Coast and Hunter Valley.

Big carbon reductions have already been achieved through the City-led Better Buildings Partnership (BBP). Some of the City’s largest property owners have partnered to slash emissions almost by half. The City’s solar installers will also see an increase in solar quotes and installations as buildings use onsite strategies such as solar PV to lower their emissions.

Meanwhile, other sectors have been slow to take part. Lord Mayor Clover Moore hopes more business owners can therefore be encouraged to invest in renewables.

The City has maximised its uptake of solar power, Ms Moore says. Yet it has no control over buildings it doesn’t own.

The Ausgrid project should help the City reduce emissions by 70 per cent and source half its electricity from renewable energy.