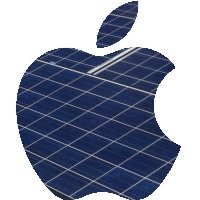 A Russian company has released a gold-plated iPhone with a dedicated solar battery retailing at more than US$4,000.

Customised by Russian accessory manufacturer Caviar, the iPhone X Tesla features a solar panel on the back.

While Caviar planned to release only 99 phones, a pre-order boom subsequently boosted the figure to 999 units.

Caviar has gifted the first phone from its limited release to Elon Musk, Tesla’s founder.

According to Caviar, the phone was inspired by three men of science: Nikola Tesla, Steve Jobs and Elon Musk.

Musk’s phone is engraved with the words ‘Made on Earth by Humans’. These are the words printed on the circuit board of the Tesla Roadster launched into space by Elon Musk’s company SpaceX earlier this year.

Rather than selling a stand-alone case, the company has fixed the  solar casing to the body of the phone. 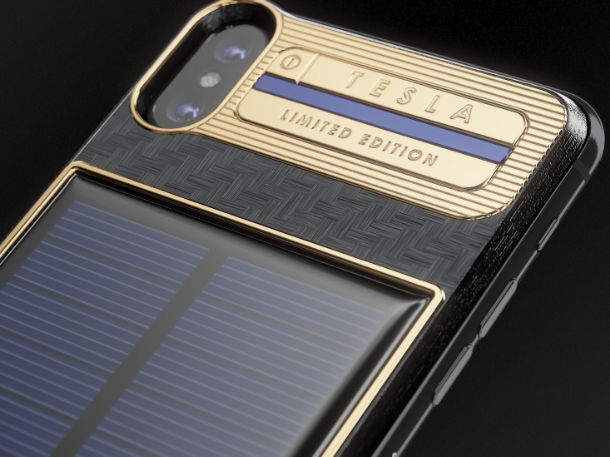 The iPhone X Tesla boasts dedicated solar battery with solar panel on the back. Its limited release is proving popular. Image: Caviar

Because the Tesla iPhone has an inbuilt solar battery, the battery harnesses energy fed by the solar panel to charge the phone.

According to Caviar, the phone can be charged using either the sun or a bright lamp. This important development allows the phone to charge when the sun isn’t shining. It features:

Because the iPhone X Tesla casing is so bulky, the camera bump on the phone’s back is recessed inside the case.

Caviar’s innovative solar powered phone is the latest and most ambitious model in the short history of solar mobile devices.

Despite several attempts at solar powered mobile technology over the last decade, all available models have struggled to produce enough talk time.

The relatively small size of a mobile phone’s back cover also presents the biggest problem. Even though mobiles have increased in size, battery size remains limited.