Labor has pledged to raise the Victorian Renewable Energy Target (VRET) to 50 per cent by 2030 if the Andrews Government wins the state election this month.

The announcement will bolster the government’s green credentials ahead of the November 24 poll. Labor has already mandated a 25 per cent RET by 2020 and 40 per cent by 2025.

By contrast, the Coalition has not yet released an emissions-reduction strategy and wants to axe the targets.

The pledge is likely to stoke tensions with the Federal Government on energy. Victoria’s refusal to sign up to the National Energy Guarantee helped sink the policy (and remove a sitting PM).

Energy Minister Angus Taylor wants to cap prices but has said reducing emissions are not a high priority. 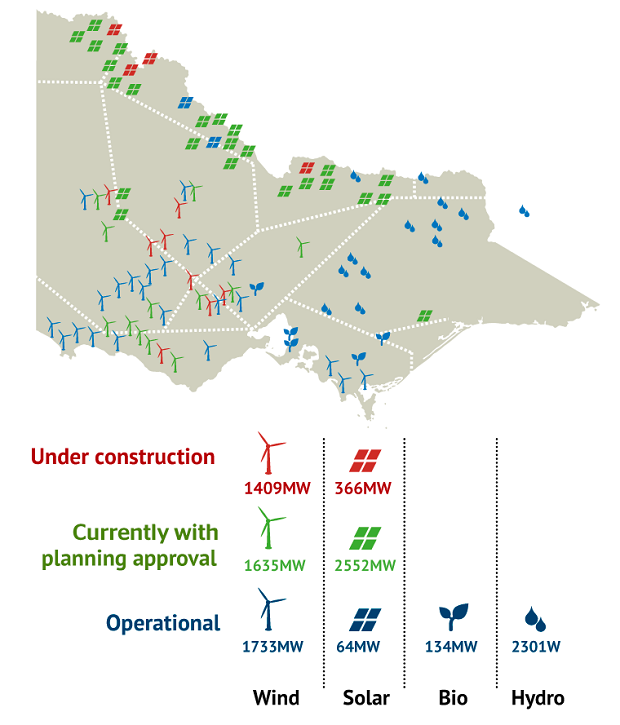 Extending the VRET would deliver about $9 billion in investment to the renewables industry. In addition, a 50 per cent target would create over 11,000 jobs over the life of the program.

Labor believes its promise would bring 5,400 MW of new, renewable capacity online within the next seven years. This capacity, combined with a further 3,000 MW already under construction, would deliver emissions reductions of 16 per cent by 2034/35.

“The industry is not calling for new subsidy, but we do need investment certainty,” he said.

“Building new low-cost clean energy such as solar and wind before our ageing coal-fired plants retire is the most effective way to drive down power prices for Victorian energy customers.”

A second pledge on storage gives applicants the opportunity to receive 50 per cent off the cost of solar battery systems. This would only apply from July 2019, and is dependent on Labor winning November’s election.

The schemes have won praise from a recent Grattan Institute report. It claims states must now fill the policy vacuum on energy policy by working together to provide affordable, reliable and low emissions electricity.