The Macquarie Group is ramping up its global renewable energy investing, while warning Australia to catch up with overseas trends.

The bank posted a record $2.2 billion profit for the past year, and one of its standout businesses was Macquarie Capital, which boosted operating income by 2 per cent to $1.2bn.

Macquarie Capital has built up an £8.5bn ($14.8bn) renewable energy portfolio over the past seven years, with nearly a quarter of that made in the past six months.

“In Australia, the green energy levels are slower than in Europe but we are seeing evidence of that picking up,” Mr Bishop said. 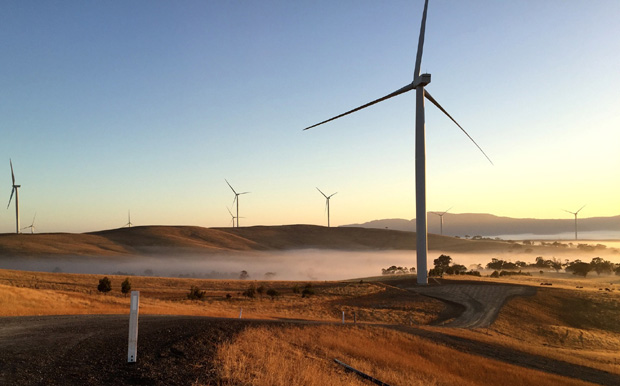 “We are seeing renewable energy lending starting to increase. We are becoming optimistic about the opportunities in Australia but Europe, and especially Germany, are leading the world.”

Macquarie’s diversification of its revenue is extending, with 63 per cent of its income earned overseas primarily in Europe and the US.

With GIB now under its ownership, Mr Bishop said Macquarie was likely to invest in more early-stage British green energy projects and remain a shareholder until the assets were developed, before on-selling them.

Macquarie Capital houses the bank’s investment banking advisory businesses, which is considered one of the top three in Australia.

Macquarie is a leading prospect to buy the 50.4 per cent stake in Endeavour Energy, which is being sold by the NSW government.

“The environment is good in Australia, it feels better today than it did at the same time last year,” Mr Bishop said.