Renowned company Ovida has kicked off its first development in its $2.3 million Community Energy Hubs project. Featuring a 52-resident community housing apartment hub in the thriving surrounds of Preston, Melbourne, it includes an innovative solar and a battery storage system. 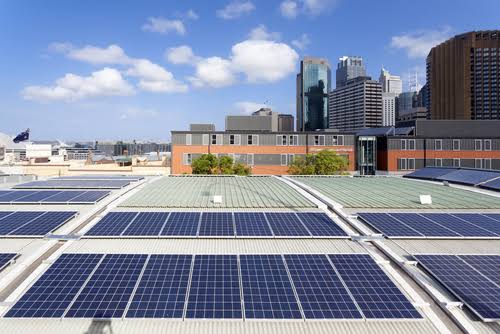 As a first for Australia in a microgrid capacity, the building allows residents to access cost-effective solar energy.

Ultimately, the end-goal is to drive down electricity bills by generating enough solar power that offers a cheaper, more viable source than traditional grid electricity.

Judd said Ovida both installs and ensures operation of all panels, batteries and technology within the development, free of charge. This means residents and tenants of the building have the choice of opting into the initiative or not.

A spotlight on Melbourne-based technology

Featured within the installation is SolSahre – technology built and designed by Melbourne-based Allume Energy.

Alex Marks, CEO, said that SolShare allows for a system that features a single solar battery system to be used amongst a number of customers in the building. The company is excited to help tenants reduce their electricity bills as renters within the community.

Backed by a $980,000 grant from the state government – as part of the Microgrid Demonstration Initiative – the development includes project partners such as the Australian Energy Foundation, Allume Energy, Housing Choices  Australia and even RMIT University.

The development is the first of many in the pipeline for the Community Energy Hubs lineup, with a number of sites already planned for Melbourne across 2020.

Are microgrids the next big thing in Australia?

Essentially acting as a small electricity network, microgrids work while they’re connected to the main grid. Sometimes they’re even isolated as ‘islands’, meaning they’re disconnected from the main grid but work in much the same way.

For Australia, they present a number of benefits:

Whether we see wider spreads of these developments across Australia is still out for the jury.