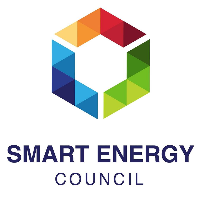 From July 1, 2019, the retailer, rather than the customer, will apply for the solar subsidy. This brings it into line with the federal Small-Scale Technology Certificates scheme, which offers a point-of-sale discount.

After July 1, eligible households can claim $2,225 off the cost of a rooftop solar power system or 50 per cent of the system price (whichever is lowest).

The Smart Energy Council is calling for a whole-of-industry code of conduct for solar installers in Australia. Image: Pixabay

Since August 2018, when the program began, households have applied for the solar rebate themselves.

However, since July 1 customers must get an initial quote from a registered solar provider. The provider will then claim the Victorian Solar Homes subsidy and deduct it from the system cost.

Applications will be made via an online portal on the Victorian Solar Homes website.

Renters will also benefit under phase two of the Solar Homes program. According to John Grimes, the point-of-sale subsidy removes the split incentive between those paying the power bill (tenants) and those owning the asset (landlords).

“A lot of lower income people are renters,” he said. The new rules mean tenants can enjoy the benefits of solar panels too.

The second phase of the Solar Homes subsidy program will also subsidise solar battery systems for 1,000 households, up to $4,838 each.

However, the battery storage program only applies to ‘growth suburbs’ with significant amounts of solar energy already installed.

Grimes said he would like to see a ‘traffic light’ system applied to a map to show people more clearly where these growth suburbs are. This would improve visibility and show where opportunities for batteries exist.

“No one [from the solar industry] wants to make a sale and incur those costs only to have the equipment blocked when it comes to installation due to supposed grid constraints,” he told pv magazine.

The Solar Homes subsidy program requires all installers to sign up to the Clean Energy Council’s (CEC) code of conduct.

Because of this, Solar Homes subsidy applicants must use a CEC-accredited installer. This process assures safe installation at the highest standard.

Grimes said this “high bar” will strengthen the solar industry and give consumers better outcomes. However, he would prefer the Victorian government took a “genuine whole-of-industry” approach, rather than just referencing CEC accreditation.