The state’s wind and solar power industries are booming. However, a further 69 renewable projects may not go ahead, according to the ‘Renewable Energy across Queensland’s Regions’ report.

It found if all planned projects go ahead, they would generate around 14,867 MW of power, 33,975 construction jobs and 1,562 ongoing full-time jobs. 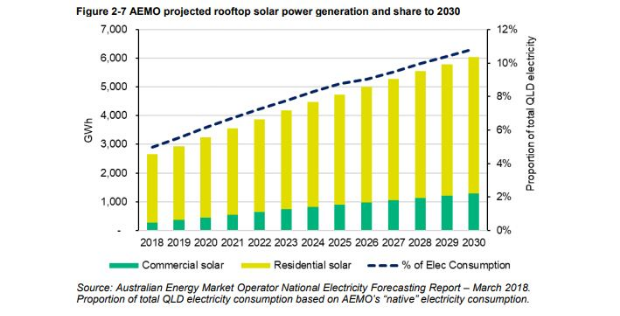 However, the projects’ approval could depend on whether the government revamps its energy policy, says Green Energy Markets analyst Tristan Edis.

The report also details the extraordinary growth of renewable energy across Queensland including large-scale wind and solar installations.

Since 2015 the state’s renewable project investment totals $4.2 billion, the report states. The sector would generate six times more jobs and yield economic benefits on completion of all pending projects.

Queensland boasts outstanding natural resources for wind, solar and hydro power generation. Yet it could still fail to reach its target of 50 per cent renewables by 2030 without a state policy of support.

However, in July the Queensland Energy Minister Dr Anthony Lynham claimed there were no immediate plans to close the state’s coal-fired power stations.

An “orderly transition” from fossil fuels to clean energy is essential, he said.