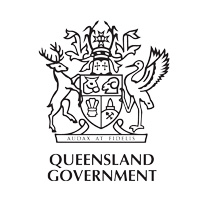 $97 million will be spent over the next three years to help schools across the state cut their combined energy bill by around 20 per cent.

According to Queensland Premier Annastacia Palaszczuk, state schools are among the highest users of energy in the government sector. Their annual power bill tops $50 million.

The Advancing Clean Energy Schools (ACES) program aims to save schools $10.2 million per year. Because cost savings will be reinvested into ACES, Queensland state schools can also look forward to a more sustainable future.

The program will reduce emissions and contribute to Queensland’s target of 50 per cent renewable energy target by 2030.

The ACES program will divide funds between solar power systems and a range of energy saving measures.

Solar PV systems will receive an investment of $40 million. Another $57 million is earmarked to make  schools more energy-efficient.

The first phase will include up to 30 schools across the Department of Education’s seven regions.

Bremer State High School in Ipswich will be the program’s first testing ground. It currently spends around $250,000 a year on electricity with network charges making up $100,000 of this figure.

Because the school has a small 4.1 kW solar rooftop system supplying 0.7% of energy use, it has already started its sustainable journey.

ACES is designed to deliver energy efficiency and big savings for around 800 state schools. According to Ms Palaszczuk, the ‘game changer’ program will then reduce environmental impact.

“By reducing costs and reinvesting savings into the program, we can ensure state schools across Queensland have more sustainable energy use into the future,” she said.

Taking on the challenge of becoming more sustainable, schools and community organisations are looking into solar quotes for installation to drive down power bills.