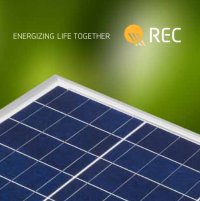 REC and O Capital recently announced the signing of a new strategic venture to provide solar power solutions in the MENA region.

According to REC, the companies plan an approach where O Capital will manage tender processes for residential, commercial and utility solar installations; plus supply relevant local expertise for construction, while REC will contribute its engineering expertise.

“The new cooperation gives us greater access to new tenders and customers in Egypt and other countries in the region offering amazing growth opportunities for solar energy,” said Luc Graré, Senior Vice President EMEA at REC. “We expect the Middle East and Africa to become the second-largest region worldwide by 2017 in terms of new solar capacity added annually.”

REC says Egypt has set a renewable energy target of 20% by 2020, Saudi Arabia is aiming for 41 GW by 2042 and Dubai, Morocco and Tunisia have also set high targets.

“Our overall U.S. business accounted for half of the company’s module shipments during the most recent quarter,” said Steve O’Neil, CEO of REC Group. “The U.S. continues to be a strong market for us, with 818 MW of PV panels scheduled for delivery to REC’s residential, commercial, and utility customers in 2015 and 2016.”

REC solar panels have seen significant uptake in Australia, where they have become a common sight on Australian homes. Melbourne- based Energy Matters (now SunEdison) introduced the REC Peak Energy Series to the local market in July 2010 and soon after entered into an agreement for the purchase of 20 megawatts of the panels. This was  REC’s biggest single order in Australia and one of the largest single solar panel supply agreements in Australian history at that point in time.

More than 15 million REC solar panels had been produced by the end of 2014. REC is a Bluestar Elkem company with headquarters in Norway and operational headquarters in Singapore.