Australia’s large-scale solar energy storage will surge ahead thanks to a 1.3 GW renewable energy platform.

Partners Group has teamed with CWP Renewables to deliver around 1,300 MW of wind, solar energy and battery storage projects over the next four years. The global investment company is investing $700 million in the ‘Grassroots’ platform.

According to Hewitt, the Grassroots projects are the future of large-scale generation in Australia.

Because the projects use large-scale batteries, power from daytime solar panels plus morning and evening wind generation can then be stored efficiently for later use. 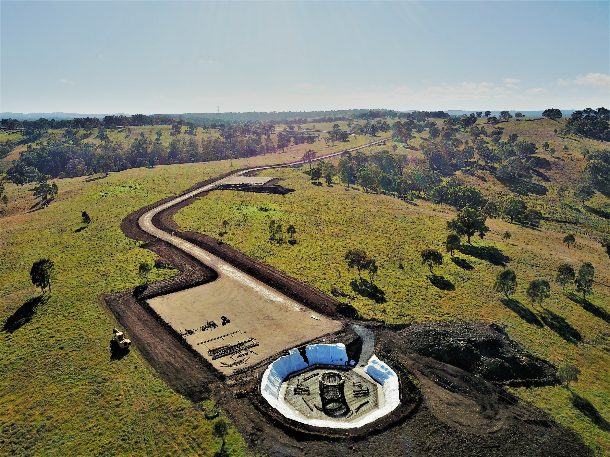 Partners Group and CWP Renewables first joined forces in 2016 to build the $250 million Sapphire Wind Farm in NSW. Due for completion in October 2018, the 270 MW farm will power 110,000 households and also offset more than 600,000 tonnes of carbon emissions each year.

Large-scale dispatchable renewable energy could then be exported from the area, according to CPW Renewables.

Construction on the Crudine Ridge Wind Farm near Mudgee in NSW is also due to begin this month. This is the second project in the Grassroots renewable energy platform, and is due for completion in September 2019.

The 135 MW wind farm will provide an extra 400 GWh of energy production annually  to the grid. This will serve around 55,000 homes.

Half of the energy generated will go to electricity provider Powershop. The company will then provide 100 per cent green energy to its retail customers.

The total portfolio of Grassroots projects should produce the equivalent of around 50 per cent of Liddell Power Station’s energy production.

The ageing and embattled NSE coal-fired plant is due to close in 2022. However, AGL says it will refurbish the plant for other forms of energy rather than sell it.

Meanwhile, consumers are also taking energy storage into their own hands. Increasing numbers of homes are using solar batteries like the Tesla Powerwall to become energy self-sufficient.