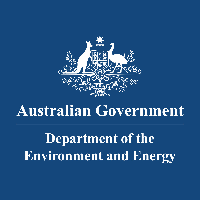 Released five days after its due date, the Quarterly Update of Australia’s National Greenhouse Gas Inventory reveals a 0.7 per cent overall increase in carbon emissions over the previous year.

Government data shows emissions have risen in Australia over three consecutive years. This flies in the face of our Paris obligation to reduce emissions by 26 to 28 per cent below 2005 levels by 2030.

Australia’s emissions in 2018 reached 538.2 million tonnes of greenhouse gases, the December 2018 report shows. It includes emissions from the National Electricity Market (NEM) up to March 2019.

All sectors showed increasing emissions, except agriculture and electricity. In fact emissions from the manufacturing, construction and commercial sectors rose by six per cent.

Meanwhile, Federal Energy Minister Angus Taylor has defended the hike. He says it was mainly due to a 22 per cent increase in exports of liquefied natural gas (LNG) and increased metal production.

The Minister was interviewed about rising emissions by ABC journalist Fran Kelly on Radio National Breakfast this morning.

Kelly pointed out that any potential reduction in coal use overseas was offset by the re-elected Coalition giving Queensland’s Adani coal mine the green light.

Taylor said the government was aiming for a “balanced” energy market. He also noted that Australia’s per capital emissions have fallen to their lowest levels in 29 years.

However, this figure does not affect Australia’s commitment to reduce overall carbon emissions by 2030. Australia also has among the highest per capita emissions in the world.

Critics have pointed out that with per capita emissions have fallen because Australia’s population growth is one of the highest of developed countries. Rising population is a factor in the nation’s rising emissions overall.

After winning convincingly in the May election, the Liberal-National Coalition Government is now considering whether to underwrite the upgrade of a NSW coal-fired plant. It may also build a new coal-fired power station in North Queensland.

However, a 2018 GenCost report confirms that renewable energy will provide the cheapest power for Australians over coming decades. That’s because new coal-fired plants are not only polluting with rising emissions, but expensive to build.

Renewable costs will fall as solar panel and battery storage technology continues to improve. Ageing coal plants will also become too costly to repair and maintain.