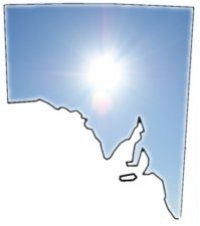 South Australia’s State Government announced yesterday it will match Adelaide’s City Council incentives for energy storage – and had a strong message for the Abbott Government.

The Sustainable City Incentives Scheme’s battery storage element is the first of its kind in Australia and the State Government’s contribution will bring the total amount available to Adelaide City residents and businesses for energy storage to $10,000. Also available with the two subsidies combined is up to $10,000 to install solar panels, plus double the cash for other energy efficiency measures under the Council’s scheme.

“This commitment effectively doubles the opportunity for more people in the Adelaide city area to invest in technologies that reduce carbon emissions and energy use,” said Climate Change Minister Ian Hunter.

“South Australia already leads the nation with almost 40 per cent of our energy coming from clean sources, but our efforts need to ramp up to meet our target of 50 per cent by 2025.”

South Australians living outside Adelaide’s CBD might suggest a good way to ramp up would be to make the same generous incentives available to them. Regardless, the announcement was certainly welcome after news on the weekend of the Federal Government’s ongoing war on wind and solar.

On that topic, the South Australian government has expressed its anger over the Abbott Government’s move to prevent the Clean Energy Finance Corporation (CEFC) from investing in new wind energy and some solar power projects; including those relating to home solar power.

“While Tony Abbott thinks wind farms are ‘awful‘ – we know they are a crucial industry in this State and a source of immediate and future job opportunities for South Australians,” said Mineral Resources and Energy Minister Tom Koutsantonis.

“The renewable energy sector supports more than 3000 jobs in South Australia – about 40 per cent of these jobs are in the regions. The $1.5 billion Ceres Wind Farm project on the Yorke Peninsula would create about 500 jobs during the construction phase. At a time when we need these opportunities, the Federal Government is turning its back on us.”

Minister Hunter will be meeting with other national Climate Change Ministers this week to discuss the issue.

“…. we will be calling on the Federal Government to end its ideological opposition to renewable energy and commit to supporting these projects that reduce the devastating impacts of climate change,” he said.

“The message being sent to renewable energy investors by our Federal Government is look elsewhere – don’t spend your money in Australia and don’t create jobs here – we think that is grossly irresponsible.”

South Australia has the highest per capita uptake of solar energy in the nation and has the second highest in wind power in the world, behind Denmark.

According to Energy Matters, a 4kW solar power system installed in Adelaide can provide a financial benefit of $1,384 – $2,312 a year, depending on installation location and electricity consumption profile. Eligible Adelaide metropolitan area residents can also go solar through SunEdison Energy Plan  and pay $0 up-front.