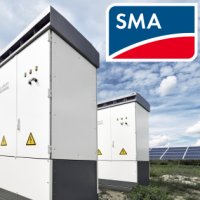 SMA Solar Technology AG announced on Friday it had reached 1 gigawatt of solar inverter sales in Thailand, the fourth market in the APAC region where SMA has done so.

SMA said earlier this month that it had reached a similar milestone in Japan; the first non-local supplier to achieve that level.

SMA states its Thailand operations have seen considerable growth since it established a subsidiary in the country in 2011. Thailand’s utility sector has been particularly active as a result of government policy to increase the amount of renewables in the nation’s energy mix.

“2015 has been a successful year for solar farm projects in Thailand and with the Government Agencies and Agricultural Cooperative solar farm program as well as emerging residential and commercial markets, SMA expects to see further growth in this region,”  said SMA Thailand Country Manager Suntisuk Mathinapitak.

A program initiated by Thailand’s National Energy Policy Council (NEPC) is providing 800MW of licenses to stimulate additional opportunities for more utility scale solar in the country. The Thai government has set a renewable energy target of 20,000MW by 2036; with 6,000MW of that total to be solar power.

Thailand is expected to spend approximately 102 billion baht (approximately AUD 3.98 billion) on renewable energy over the next 3 – 5 years.  Earlier this year, Thailand’s energy ministry committed to buying electricity from 172 solar farms with total capacity of 980 MW set to commence operations in 2015.

Thailand’s solar companies are also reaching out beyond the nation’s borders; undertaking major projects in other countries. A recent example is Green Earth Power’s 220MW solar power station in Myanmar, construction of which will commence earlier next year.

Another solar inverter manufacturer doing well in Thailand at the moment is Sungrow. Sungrow announced last week it is supplying an additional 55.5MW of solar inverters to Thai electricity distributor Superblock PCL, following a previous contract for 75MW. The latest deal will take Sungrow’s shipments to Thailand to 130.5 MW capacity in 2015.

Sungrow and SMA are also respected solar inverter brands in Australia; with both having a significant presence in residential solar installations and SMA inverters being a popular choice for commercial solar installs.