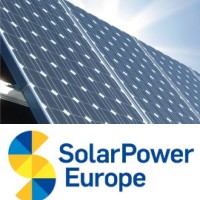 A collective representing 120,000 European companies is lobbying the EC to end anti-dumping duties on Chinese-made solar panels and cells.

Anti-dumping and countervailing duties on crystalline silicon modules and cells originating or consigned from China have been in place since 2013.

The European Commission is currently considering whether to extend the measures or to remove them.

Coordinated by SolarPower Europe, an open letter to the EC states the penalties have had the unforeseen and unwelcome consequence of negatively impacting on the entire solar value chain in Europe.

While solar panel prices are decreasing in most countries throughout the world, they are increasing in the EU due to the measures says the letter.

This has resulted in extending the time financial support is required for solar and delaying the point when solar power is directly competitive with other forms of power generation.

While the measures were put in place to stimulate job creation and module production in Europe, solar panel manufacturing has actually decreased and a number of producers have crashed and burned.

“Ending the trade measures and returning to market prices for solar will give Europe an opportunity to decarbonise its power generation in a cost efficient way, in line with the objectives the EU has signed up to in the Paris Agreement,” states the communication.

The full text of the letter can be viewed here (PDF).

The European signatories to this letter represent more than 1.3 million jobs.

“This is an overwhelming show of support from organisations across the EU working in solar. The measures have been in place for more than 3 years without any real benefit to the European solar industry,” said James Watson, CEO of SolarPower Europe.

“We need a better, more specific approach to support module producers in Europe; trade measures are a blunt instrument harming more than 80% of solar manufacturing jobs and all downstream jobs in Europe today.”

Europe’s experience should be noted by other countries considering whacking additional taxes on solar panels made in China. This includes Australia, where an attempt was made to do so – and as far as we know, may still be in the works.

Solar panels from China have enabled many more Australians to go solar and save on their electricity bills than what may have otherwise occurred – and the quality from the nation’s Tier 1 manufacturers certainly stacks up against those made elsewhere.