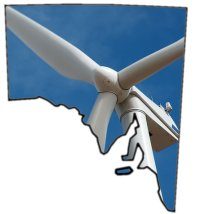 The South Australian Government has reduced regulatory burdens on renewable energy projects on state Crown lands; a move it says will provide greater certainty to investors and make South Australia even more competitive.

The proclamation of the Pastoral Land Management and Conservation (Renewable Energy) Amendment Act 2014 means wind farm developer can now apply for 25-year licences on Crown land; subject to pastoral lease tenure. Developers will also be given the option to renew for another 25 years.

Additionally, the Act will  expedite access for the development of solar farms and also ensure local communities reap the benefits of renewables investments; with 95 per cent of licence payments flowing through to pastoral lessees and native title holders.

“This comes during a tough time when the auto manufacturing industry is getting out of the Australian market and we need to get more creative about new sources of economic activity.”

“Australia’s national Renewable Energy Target will generate 15,200 new jobs and more than $40 billion worth of investment, and it is great to see South Australia doing what they can to attract more of these benefits,” said Ms. Webb.

If South Australia were a nation, it would be second only to Denmark in regard to wind energy. It’s no slouch on solar power either. While it may not host the largest number of solar panel systems in Australia; it leads the nation based on the percentage of households with home solar installed.