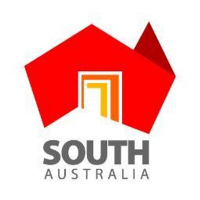 The government reports that SA’s most disadvantaged households are pooling output from free solar panels and Tesla Powerwall 2 batteries to cut power bills. Individual solar battery systems within the VPP connect to form a large, single energy resource. VPP managers then use this to trade in the energy market, and pays households for their contribution.

Over 1,000 Housing SA households are signed up to phase 2 of the VPP trial – phase 3 is now in the planning stage with the blessing of the government.

According to South Australian Minister for Energy Dan van Holst Pellekaan, electricity rates for phase 2 participants are more than 20 per cent better than the Default Market Offer introduced on July 1 this year.

The South Australian Renewable Technology Fund is supporting the VPP trial with a $2 million grant and $20 million loan.

People in the scheme store solar energy generated during the day to power their homes during the evening.

Phase 3 of the VPP will draw on on successful elements of phases 1 and 2.

Smaller 5 kW solar installations are already being trialled. As a result, more properties with smaller roofs are included in the scheme.

Phase 3 could see 50,000 homes connected to the South Australian VPP. The combined power reserve would then be equal to a 250 MW virtual power plant. It would also feature 650 MWh of storage capacity.

The Australian Energy Market Operator (AEMO) will showcase the VPP at its Virtual Power Plant Demonstrations later this month.

VPPs are growing in popularity around Australia. That’s because more authorities and residents are discovering the benefits of storing and sharing electricity as a bulk unit.