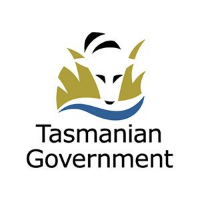 The Federal Government will continue to support  the Tasmanian Battery of the Nation project, according to the state’s Energy Minister.

Pumped hydro energy storage is central to the Apple Isle’s Battery of the Nation plan. The Battery would help stabilise the national electricity network by storing renewable energy in the form of water pumped up to a dam by solar or wind power. On release, the water passes through turbines on its way to a lower dam, producing electricity.

Hydro Tasmania data shows pumped hydro could generate 4,800 MW of potential capacity across 14 Tasmanian sites. Barnett said the Coalition has 100 per cent conviction in the scheme.

Tasmanian battery of the nation powers ahead

The island state’s ‘Tasmania First’ policy includes plans for a second and third interconnector to the mainland. Because Tasmania plans to be fully self-sufficient by 2022, its excess power will travel through these interconnectors to the mainland national electricity market.

Can you tell it’s been the wettest July on record? It’s no coincidence that it was also the biggest generating month we’ve ever had!While the view of our dams on spill is a magnificent sight, remember there’s a lot of power behind this water so if you’re out and about please be safe.

Above: July 2018 was Tasmania’s wettest month on record, as this spill from the Cluny Hydroelectric Power Station shows.

Because July 2018 was the wettest month on record, it gave Hydro Tasmania their highest ever power generation.

However, Tasmanian Labor MP David O’Byrne also told ABC Radio Hobart the Coalition has made no commitment to fund a second Tasmanian interconnector.

Federal modelling used to support the shelved National Energy Guarantee assumed Tasmania’s Battery of the Nation would not go ahead, he says.

O’Byrne points to energy policy uncertainty as a key concern for all Australians.

Major Tasmanian wind projects driven by global developer UPC Renewables are still in the pipeline despite upheaval in Canberra.

Major wind farms are planned for Robbins Island and nearby Jims Plain as well as a large solar installation in New South Wales.

The joint $1.5 billion wind farms will create more than 400 construction jobs and around 75 ongoing roles. Draft approval documents are due in November.

The Battery of the Nation project should also attract investment worth billions of dollars. It will create thousands of jobs in regional Tasmania over the following 15 years.