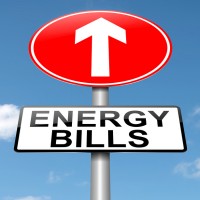 From July 1 this year, households in Western Australia will again need to find extra money to deal with increasing electricity costs – and some seniors will cop an added hit.

Western Australia Treasurer Dr Mike Nahan  handed down the 2015 WA State Budget last Thursday and in it was an unwelcome electric shock – a 4.5% increase; well above the rate of inflation. Water charges will also increase by 4.5%, putting extra pressure on families.

According to PerthNow, Labor power spokesman Bill Johnston said the Premier has failed to uphold an election commitment to keep electricity charges at the rate of inflation.

The Cost of Living Allowance, which provides a rebate on electricity charges, has been renamed to the Energy Assistance Payment and will be available only to Seniors Card holders who are also on the pension from July 1.

Dr. Nahan also stated the State Government will commence phase two of the Electricity Market Review; which will aim to attract private sector participants to the market.

Power prices in Western Australia have reportedly increased 77 per cent since 2008, so it’s little wonder residential solar power systems  have been so popular and are also playing a bigger role in retirement planning.

Data from the Clean Energy Regulator shows more than 179,000 solar panel arrays have been installed in the state so far.

According to solar provider Energy Matters, a good quality and professionally installed 5kW system installed in Perth can return a financial benefit $1,496 – $2,150 a year.

The installation of solar panels is one of Australia’s best investments – outperforming shares, property, gold and global fixed interest. The Energy Matters Australian Solar Index shows a very impressive rate of return in Perth (2013 data) – around 17%.

In addition to outright purchases, a system from Energy Matters can also be acquired for zero dollars up front through the company’s Save As You Go initiative. Under Save As You Go, repayments are made over 84 months and can be less than the equivalent amount of electricity sourced from the mains grid.