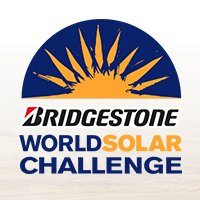 In just under two weeks, dozens of teams from twenty-five countries and their solar powered cars will be competing in the world’s most exciting solar car event – the Bridgestone World Solar Challenge 2015 in Australia.

The World Solar Challenge begins in Darwin in the Northern Territory on the 18th of October. The teams will drive their high-tech vehicles along Stuart Highway to Port Augusta in South Australia and then via Highway 1 to the finish in Adelaide, an overall distance of 3000kms.

There are three classes in the Challenge.

The Challenger class is a single stage event for vehicles described as “slick, single seat aerodynamic masterpieces built for sustained endurance and total energy efficiency.” This year, requirements state the cars must be shorter than in previous races; adding extra technical challenges for participants.

The Cruiser class is for solar cars designed for practicality and is run in two stages.

The Adventure class enables cars built for previous events that do not comply with the latest requirements to run again. This class is also run in two stages; with an overnight stop in Alice Springs.

46 teams are set to compete in this year’s World Solar Challenge, including five from Australia: 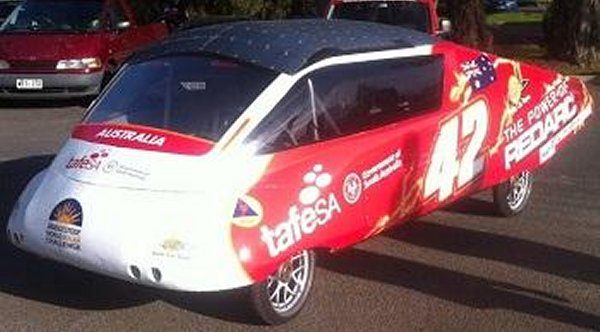 Utilising no more than six square metres of solar panels, the solar cars are permitted nominal 5 kilowatt-hours of  battery energy storage – the rest must come from the sun or be recovered from the kinetic energy of the vehicle.

Inaugurated in 1987 and held every two years, the race was inspired by the efforts of Hans Tholstrup and Larry Perkins; who drove their home-built solar car Quiet Achiever west to east across Australia in 1982.

This year’s Bridgestone World Solar Challenge is the event’s 13th crossing of Australia.

The Netherlands crew, Nuon Solar Team, are back again this year with a new car, Nuna8.

The WSC’s organisers say that with more teams, more countries, more rivalry and more innovation, the stage is set for a total eclipse of past events and achievements.

The event officially finishes on Sunday, October 25, with a street parade to farewell the teams and vehicles as they leave Victoria Square and make their way through the City of Adelaide.