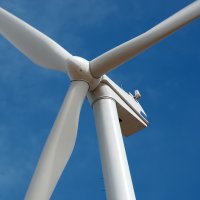 “The strong bids in the second wind auction have been made possible by the ACT Government’s decision to hold a second auction this year while market conditions for wind energy procurement remain favourable,” said Minister Corbell on Friday.

A reverse auction sees developers of renewable projects bid the lowest prices they would accept to develop projects.

The wind power from the latest auction will contribute approximately a quarter of the ACT’s electricity consumption in 2020 and will avoid 11 million tonnes during the first 20 years of operation.

“This second wind auction will cut over half of the emissions associated with electricity usage in each and every Canberra household. By 2018, 80% of the ACT’s electricity supply will be sourced through renewable energy,” stated the Minister.

The ACT’s first wind auction winners were announced in February this year. The three wind farm projects selected represent a $50 million direct investment into Territory’s economy, with broader economic benefits estimated to be more than $240 million.

The ACT has a legislated target of 90% renewable energy by 2020. In August, ACT Labor proposed an even more ambitious renewables target – 100% by 2025.

Last week also saw the Microgrid 2015 Conference occur in Canberra. A microgrid is a small-scale power grid designed to operate independently or in conjunction with a region’s mains grid. The new generation of microgrids promise a more robust and stable power solution for urban and remote areas based on renewable energy sources such as solar power.

This year’s conference had a focus on the integration of energy storage with renewables and future technology.

“The rate of technology development in the renewable energy sector is astounding, whether in the rapid cost reductions we have seen in recent years in solar, in smart appliances, or in battery storage,” said Minister Corbell.

“We need an orderly exit plan from coal-fired, centralised energy generation, together with policy stability and predictability to enable long-term investment that continues to deliver safe, secure and affordable electricity”.