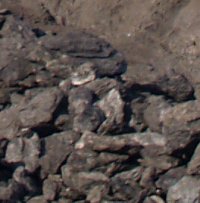 The annual share of coal fired generation in Australia’s National Electricity Market (NEM) rose again to reach 74.7 per cent in the year to January 2015 according to the latest Cedex Update by pitt&sherry.

While carbon emissions in the year to January 2015 were almost identical as in the year to December 2014, annualised generation dropped more than it had over most of the past seven months; all of which recorded emission increases.

“The fall in hydro generation slowed, whereas annualised wind generation rose slightly, while still remaining below the peak annualised level recorded in the year ending July 2014.”

In Victoria, electricity generation from emissions-intensive brown coal has been climbing since the removal of the carbon price.

Although electricity demand fell quite sharply in Victoria and South Australia, due in part to the absence of heatwave events, there was a large increase in Queensland demand – almost entirely the result of a “new, but mysterious, major industrial load”.

The pitt&sherry Carbon Emissions Index (CEDEX) is the benchmark indicator for Australia’s carbon emissions from the energy sectors. The CEDEX Electricity Update February 2015 can be viewed here (PDF).

While on the topic of coal; Australian Solar Council CEO John Grimes has again commented that the result of the recent Queensland election is a victory for renewables; and says the New South Wales and Federal governments should take note.

“People have seen into the soul of our political leaders, and unfortunately they are covered in coal dust,” Mr Grimes is quoted as saying. He also warned the New South Wales Coalition government would be targeted if it chose to side with vested interests rather than consumers. The Federal Government is now firmly in the Council’s crosshairs, with a major campaign to be launched by the body soon.