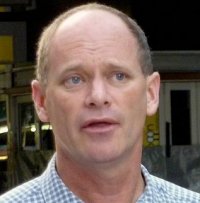 The Australian Solar Council has claimed a victory for renewables in Queensland after the ousting of Campbell Newman and the LNP.

After going into the poll holding only nine seats, Labor is expected to wind up with 45 or 46 of 89 seats in the state’s parliament.

As polling got under way on Saturday, ABC election analyst Antony Green expected Labor to do well – but probably not as well as they did. “It would be absolutely unprecedented to do if they win,” he said.

One of the issues affecting voting sentiments may have been Campbell Newman’s approach to renewable energy and in particular, solar power. Mr. Newman didn’t waste any time in kneecapping green energy and climate change programs once in office.

Early last month, we mentioned the LNP may reap the solar whirlwind as Queensland has the second highest residential solar market penetration rate in Australia.

The Queensland election doesn’t just provide lessons for the LNP at a state level, but also for the Coalition at a Federal one.

The Australian Solar Council’s John Grimes had a message for the Prime Minister on Sunday.

“There are more than 2 million solar families across Australia and millions more Australian families want to get solar. Tony Abbott – you cannot afford to continue your assault on solar and renewable energy.”

The Australian Solar Council lobbied voters heavily in Queensland in the lead-up to the election. This activity included direct mail to more than 200,000 homes and calling more than 100,000 households in Brisbane; TV, radio and print advertising, plus several standing-room-only  Save Solar Forums. The Council estimates its extensive social media campaign reaching over 250,000 Queensland voters.

” Queenslanders have voted to save money and to save solar,” said Mr Grimes. “We will be making sure all Australians have that opportunity.”

The Council says it has  formed important alliances with yet to be named parties that will underpin a national campaign for solar between now and the next federal election.

Queensland voters also gave the Greens their highest vote ever in a state election, although the Greens didn’t manage to win a seat. The party received more primary votes than the Palmer United Party and the Katter’s Australian Party (KAP) combined, with the latter gaining two seats.