One In Five Australian Households Have Solar Installed 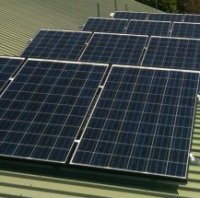 One in five Australian households use solar energy according to the latest figures from the Australian Bureau of Statistics (ABS).

“We started publishing statistics on solar electricity in 2011”, said Karen Connaughton from the ABS, “and back then the numbers were pretty small – only about five per cent of households.”

“Jump just three years, to 2014, and there are solar panels being used by fourteen per cent of all households. Add in solar hot water heating and we’re up to 19 per cent, so one in five households are now using some form of solar power.”

The figure may even be higher now – the statistics in the ABS publication were compiled from data collected in the Energy Use and Conservation (EUC) Survey; conducted Australia-wide in March 2014

The ABS report shows South Australia has the highest solar panel system saturation, with 24 per cent of households using solar electricity. Queensland follows with 20 per cent (although it has more solar power systems installed in total), then Western Australia with 16 per cent, Victoria with 11 per cent, ACT and NSW both on 10 per cent, Tasmania at seven per cent and NT at six per cent.

The Northern Territory is the nation’s stronghold for solar hot water, with 42.3 percent of households having a system installed. Western Australia in next in line with 19.2%.

The love affair with solar panels will continue to blossom among Australians.

“Many more households are looking to install solar as a way to take control of their rising power bills,” said Solar Citizens National Director Claire O’Rourke.

“The best way the Federal Government can support Australian households in making the transition to solar energy and reducing the cost of power is to keep the Renewable Energy Target strong.”

Ms. O’Rourke pointed out the Government’s own Warburton Review showed renewable energy would reduce electricity prices for all Australian families in the long-term.

“Our political leaders should catch up with the vast majority of the community and the one in five households who use solar energy and support more solar, not less.”

The Energy Use and Conservation Survey was fully completed by 10,809 people. The full ABS data set and other information can be viewed here.