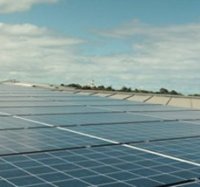 A new ReachTEL poll has found 89% of Australians believe the nation’s 41,000 GWh Renewable Energy Target should stay the same or be increased.

The poll, commissioned by WWF-Australia, found solar continues to enjoy massive popularity with 80% supporting rooftop solar power systems and 70% large-scale solar farms. Wind farms certainly don’t have the opposition that some would have us believe – less than 20% of Australians surveyed opposed them.

The polling also determined that 84% of respondents believe it is important the Federal Government invest in renewable energy.

“It’s also out of line with public sentiment which is clearly in favour of supporting growth in Australia’s renewable energy sector, including wind and solar.”

An important point the Federal Government may want to take note of from the poll : 64% polled who are considering a change in vote supported an increase to the RET, with only 12% supporting a decrease. 62% were more likely to vote for a party that supports keeping or increasing the current Renewable Energy Target.

Regardless of the Government’s ideology concerning renewables and its passion for coal, if it’s wanting another term it may just need to bend to the will of the Australian public as renewables are obviously an important issue to voters.

If anything, support of renewables in Australia appears to be still growing. In June this year, a survey indicated the number of people supporting the current RET level be maintained or increased had risen to 71 per cent.

“We call on members of parliament and industry to work together to protect the environment and create jobs,” said Ms. Caught. “Powering Australia with clean renewable energy, like solar and wind power, is the right thing to do for our health, our economy and our planet.”

WWF wants to see the share of renewables in Australia’s energy mix increased to at least 50% of power generation by 2030.