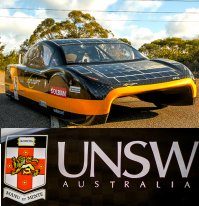 The University of New South Wales’ Sunswift team are preparing to take their record-breaking eVe solar car to the next level – making it street legal. If successful, it will be Australia’s first road registered solar car.

The Sunswift team has been a part of the Australian solar car scene for years – we first reported on their efforts in 2009.

Vehicle design has come a long way since that time; from resembling giant boogie-boards to the stylish and streamlined fifth-generation eVe. The team has been competing in the World Solar Challenge since 1996, collecting world records along the way – including the Guinness World Record for the fastest solar powered vehicle.

eVe also recently smashed a world solar land speed record that had been set 26 years prior; averaging 100 kilometres per hour over a 500 kilometre journey. The previous record was just 73 kilometres an hour. 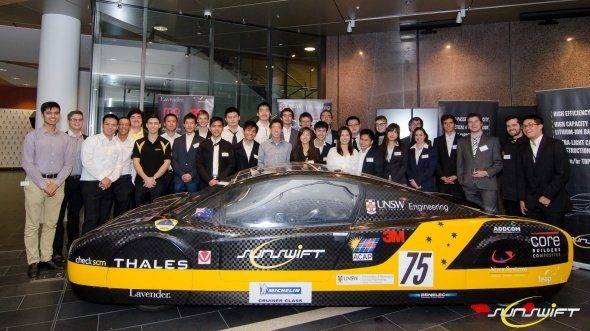 To make eVe compliant with Australian Design Rules and road-registered, the team need to carry out some major upgrades of internal components. This includes crash safety protection, headlights, windscreen wipers, AC, demisters, an upgraded braking and suspension systems and improved seating. All this will add to the weight of eVe, so its energy storage system will also be upgraded.

” Upon completion, we will have a car which is not just a superstar on the race track, but also one with the safety and practicality expected by Australian consumers,” says the SunSwift team.

In order to raise the $30,000 needed to carry out the work; Sunswift has turned to crowdfunding via Pozible. Each contributor will receive some type of reward, depending on the pledge level. At the time of writing $5,825 had been raised, with 18 days to go.