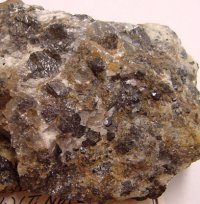 The researchers originally set out to find a way to make solar panels that are more efficient and lower cost with materials that would be easy to integrate into the processes of existing solar cell factories.

They explored the idea of tandem device made of low-grade silicon and another inexpensive photovoltaic material – and perovskite appears to be a winner. Perovskite is a calcium titanium oxide mineral composed of calcium titanate. It is inexpensive and easy to produce in a laboratory environment.

Silicon solar cells absorb photons of visible and infrared light and perovskite cells harvest only the visible part of the solar spectrum where the photons have more energy.

“With tandem solar cells, you don’t need a billion-dollar capital expenditure to build a new factory. Instead, you can start with a silicon module and add a layer of perovskite at relatively low cost,” said Stanford graduate student Colin Bailie, co-lead author of a related study published in the journal Energy & Environmental Science.

One of the challenges in creating a viable perovskite-silicon tandem was a lack of transparency. The cells needed to be constructed using a transparent electrode on the top so that sunlight could penetrate the perovskite layer and be absorbed by the silicon below – something that had never been done before.  This was achieved by using a sheet of plastic with silver nanowires and a tool that utilises pressure to transfer the nanowires onto the perovskite cell.

The technology is some way off from prime time.

“Silicon is a rock,” he said. “You can heat it to about 600 degrees Fahrenheit, shine light on it for 25 years, and nothing will happen. But if you expose perovskite to water or light, it likely will degrade. We have a ways to go to show that perovskite solar cells are stable enough to last 25 years,” said study co-author Michael McGehee, a professor of materials science and engineering at Stanford.

” My vision is that some day we’ll be able to get low-cost tandems that are 25 percent efficient. That’s what companies are excited about. In five to 10 years, we could even reach 30 percent efficiency.”

Perovskite has shown promise in other solar applications as well. Last year, University of Sheffield researchers stated they had perfected a technique for fabricating spray-on perovskite solar cells.