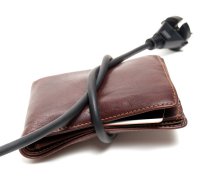 South Australian households and businesses are paying too much for electricity says SACOSS – and if SA Power Networks’ latest application is approved, they’ll be paying even more.

According to a report on AdelaideNow, SA Council of Social Services says the industry regulator should instead slash network charges by 25 per cent to reflect lower running costs. Network charges have reportedly risen an average of $50 a year over the past five years.

Last year it was estimated SA Power Networks was raking in after-tax profits of $420 a year from each customer.

Households are suffering under the strain – and so are businesses.

“Our analysis has identified at least $653 million of proposed spending which could be deferred or avoided which we estimate would save consumers $258 million on their electricity bills over the next five years,” said Business SA CEO, Nigel McBride.

“Considering the high cost of doing business in South Australia, and the fact that energy is a major cost for our growth sectors of manufacturing and irrigated agriculture, the AER must only approve SAPN to spend on what is absolutely necessary”

Business SA says if its recommendations to the Australian Energy Regulator are adopted, businesses and households could reap the benefit of a 7.7% per annum saving on their electricity network charges by 2020, or 2.7% on their total bill.

Going solar has been made more accessible for households through zero-deposit payment plans and in the case of commercial installations, solar leases and PPA’s (Power Purchase Agreements) also avoid the need for up-front capital outlay in some cases.

According to national solar solutions provider Energy Matters, a 4.5kW residential solar panel system installed in Adelaide can provide power bill savings of up to $2,600 a year – making the switch to rooftop electricity generation one of the best performing investments available.