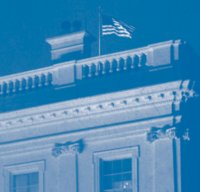 President Barack Obama’s Fiscal Year 2016 Budget would see a boost in funding for renewable energy and climate programs, while removing some carriages from the fossil fuel gravy train.

According to the Washington Post, the Budget proposes increases for research and development of clean energy technologies including solar, wind and geothermal power, plus increased funding for electric cars and advanced battery systems. A permanent extension of a tax credit for wind energy and  solar power has also been proposed.

An extra USD $38 million would also go to the development of controversial carbon capture and storage technologies in an effort to rein carbon dioxide emissions from new power plants.

$7.4 billion has been proposed for clean-energy programs in total, which is up 13.8% from current levels.

The Wall Street Journal says President Obama is continuing to pursue his plans to repeal oil, natural-gas and coal tax breaks that would rake in nearly $50 billion for the federal government over the next decade; with most of that coming from the oil and natural gas sector.

The proposal also calls for the elimination of $3.1 billion in some payments to fossil fuel and other mineral development on public lands and in federal waters over the next ten years.

“Our Nation thrives when we are leading the world with cutting-edge technology in manufacturing, infrastructure, clean energy, and other growing fields,” said President Obama in his Budget message.

The full text of the Budget can be viewed here.

In other recent related news, the US Energy Department announced more than $59 million in funding to support the rapid moving of innovative solar manufacturing technologies to market. The Department is also awarding more than $14 million for 15 new projects to help communities develop multi-year solar deployment plans.

“As President Obama noted in his State of the Union address, the U.S. brings as much solar power online every three weeks as we did in all of 2008,” said Energy Secretary Ernest Moniz. “As the price of solar continues to drop, the Energy Department is committed to supporting a robust domestic solar manufacturing sector that will help American business meet growing demand and help American families and businesses save money by making solar a cheaper and more accessible source of clean electricity.”