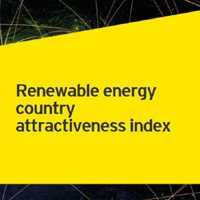 The EY RECAI index for May is out now.

Australia has risen to fifth on the global Renewable Energy Attractiveness Index.

The index looks at the conditions for renewable energy in 40 countries. It is issued by global power and utilities company EY.

China tops the list, followed by India, the US and Germany, and Ireland at the bottom.

“It is difficult to overstate just how profound the impacts of wide-scale, low-cost energy storage will be on the utility sector,” he said.

“Ever since the first power plants were built in the 1880s, electrical engineers have grappled with the challenges of balancing, in real-time, the supply and demand of a commodity that was almost impossible to store,” Warren said.

He commented on the intermittent renewable energy on electrical grids around the world.

“Battery storage promises to address these challenges, as well as ultimately enabling the entire decarbonization of the world’s electricity supply,” he said. 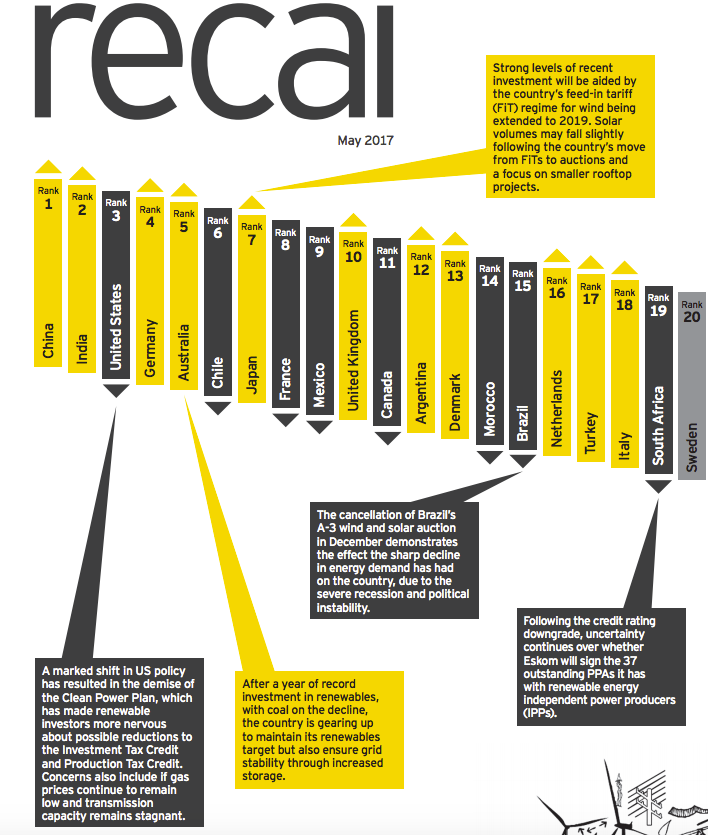 The report included comment on Australia’s uptake of renewables.

It mentioned that the role of renewables and battery storage technologies has shot up the political agenda in Australia.

“Energy policy remains highly contentious, with the opposition Labor Party pushing for continuing investment in renewables,” the report stated. It went on that Prime Minister Malcolm Turnbull has been supportive of fossil power.

In addition, it reported that Energy Minister Josh Frydenberg told ABC Radio that the Government has no plans to change its 2020 renewable energy target of 33,000GWh, or about 23.5 per cent of demand.

The US has dropped to third place due to a marked shift in US policy resulting in the demise of the Clean Power Plan.

The report says this has made renewable investors more nervous about possible reductions to the Investment Tax Credit and Production Tax Credit.