Australia No Slouch On Wind And Solar : ESAA 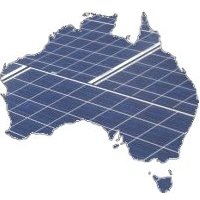 “What is significant about Australia’s solar capacity is that it is almost entirely located on Australian rooftops,” says the ESAA.

Australia’s solar PV penetration rate is now above 15 per cent nationally, with some states far stronger than others. ESAA’s Solar PV Report September 2015 states 25.27 per cent of South Australian households have installed solar panels, closely followed by Queensland at 24.31 per cent.

Australia leads the world in the installation of household scale distributed solar PV. A comparison between US and Australia states and territories show South Australia, Queensland and Western Australian having the highest proportion of homes with solar power systems.

It was just a few years ago when solar panels were an uncommon sight on rooftops. Today, in some suburbs of Australia’s towns and cities, solar uptake is as high as 65 per cent. More than 1.45 million solar power systems have been installed across the country, totaling approximately around 4,465 MW in capacity.

The ESAA September report shows that of the top ten postcodes for solar penetration, seven have an average income of under $50,000 a year.

“This confirms the oft-made claim that it is ‘working class’ suburbs that lead the way on solar installation and that it is far from a product that only wealthy people install,” says the report.

When it comes to wind power, Australia has the 11th highest per-capita installed capacity in the world. This is primarily due to two states; South Australia and Tasmania, which have some of the highest per capita wind generation globally.

While all this is good news, Australia could be doing so much more and be so much further ahead  in the renewable energy revolution given our bountiful wind and solar resources. As RenewEconomy’s Sophie Vorrath points out, the fact sheets also shows Australia is still among the world’s leading consumers of coal-fired power generation.

The ESAA fact sheet can be viewed here (PDF).