The Land Downunder is well known for its beaches, its sunshine and its oceans. We are the country that is ‘girt’ by sea, after all. Now we are set to harness the power of our oceans in a significant floating wind and wave project that will generate 6 MW of power. 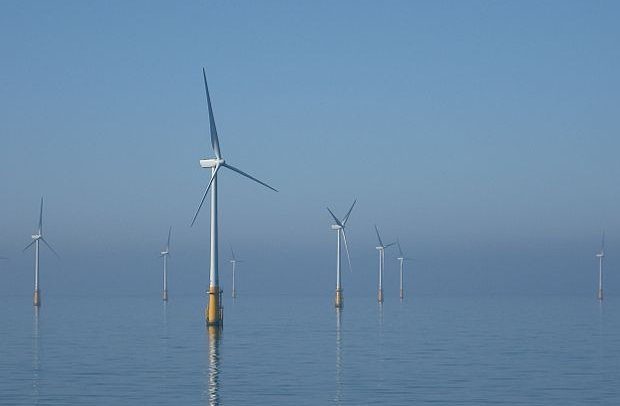 The offshore platform is the brainchild of Australia and UK-based energy company Bombora in collaboration with global energy infrastructure and engineering group TechnipFMC.

The process involves air-filled concave cell modules covered by a rubber membrane being placed under the ocean to capture the optimal amount of power.

“As waves pass over mWave, under-water pressure increases, causing each rubber membrane to compress sequentially, forcing air from inside the cells into a duct. Valves control a one-way airflow to the turbine — directly spinning a generator converting this rotation into electricity,” the Bombora website explains.

“After passing through the turbine, the air is recycled to re-inflate each membrane in a continuous sequence. The sustainable power generated is transferred to the electrical grid via the same sub-sea cable used for the wind turbine.”

There have been various trials and attempts at harnessing the ocean’s power in recent decades. Still, these projects have not delivered results anywhere close to other renewable sources like wind and solar.

That could be set to change as trials like this continue to test new technologies and innovations. MIT speculates that tidal energy could ultimately supply at least 10 per cent of the world’s power.

A range of technologies is being trialled around the world, including:

Oscillating Water Columns: Which compresses air in a chamber to generate wind power

Pivoting Flap Devices: A flap is pushed open and shut, powering a hydraulic pump that drives a generator

Tapered Channel Devices: This pumps the seawater to an elevated reservoir which is then released back down into the sea through a turbine to create power. Very similar to on-shore hydro projects.

Tidal Turbines: These operate the same as wind turbines, but because water is much denser, these can be much smaller and take up less space.

Even though Australia has access to oceans and season the entire coastline, wave energy remains in its infancy in our country.

Port Fairy’s Smart Energy Precinct on the Great Ocean Road in Victoria has already embraced clean power in the form of the Port Fairy Wave Energy Project, which is a 250 kW bioWAVE pilot demonstration unit.

An Australian research team has also been working on an osmosis solution to harness our waves’ power by channelling them through recycled Kevlar. But beyond those projects – and other smaller ones dotted around the country – this form of renewable energy remains an untapped resource.