Since 2015, Australia has seen the first-ever drop in annual greenhouse gases, thanks to the drive of renewable energy technology across the country. However, it’s not all smiles on dials – if this rate were to continue at this speed in decline, we’d be 68 years late to the commitment we made to the Paris Agreement. 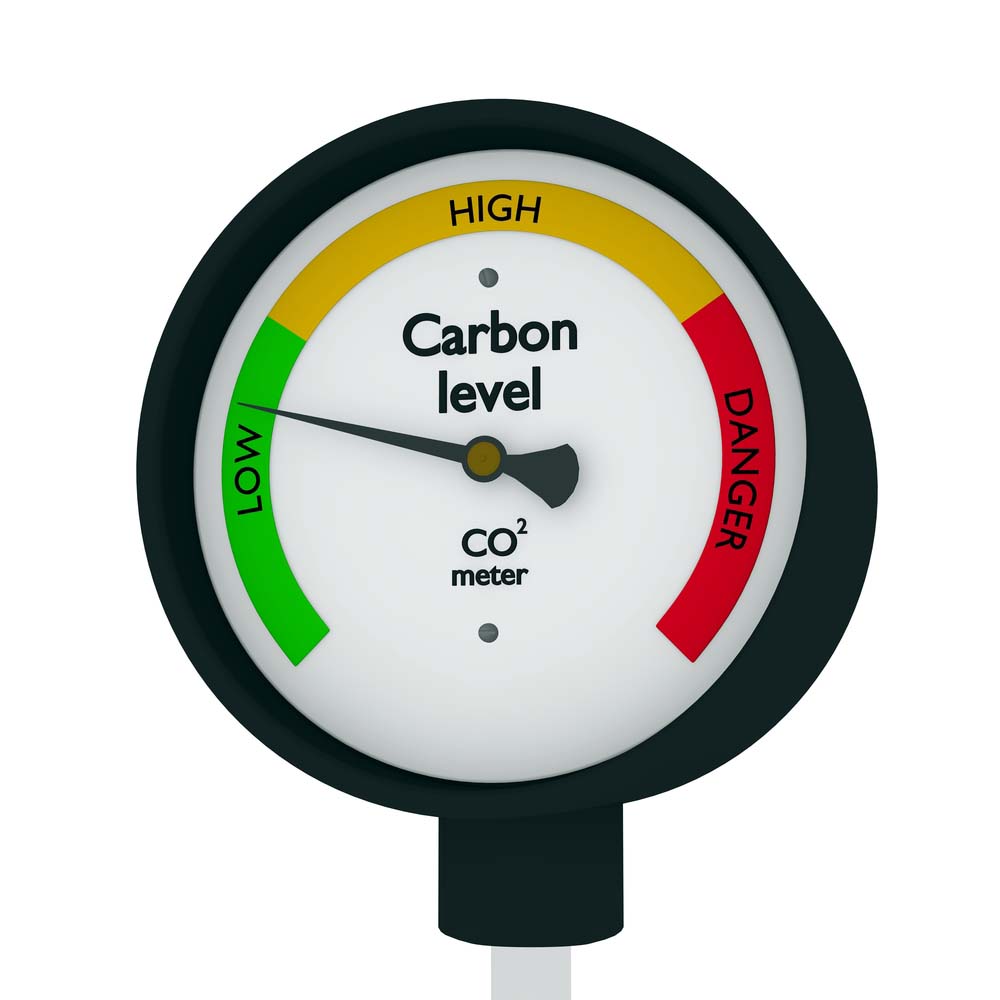 From July through to September 2019, our national greenhouse gas emissions capped at 133.1 million tonnes of a carbon dioxide equivalent (Mt-CO2-e). For these 12 months, emissions were actually 0.2 per cent lower than what they had been in the previous period. This resulted in the first decline in yearly pollution since the year 2015.

A lot of this could be attributed to the electricity industry, which – while it’s still our major source of carbon emissions – is said to have distributed 43.1 Mt-CO2-e for the quarter. That’s the lowest in figures since 2002.

Managing Director or auditing firm Ndevr, Matt Drum, said the sector is significantly decarbonising as time goes on. He said brown coal generation in Victoria, in particular, was at its lowest since 2005.

But while the emissions across Australia seem to have hit their peak and then declined, the pace of this reduction is not fast enough. We won’t meet the Paris pledge of eliminating our greenhouse gases (from the 2005 figure) by 26 to 28 per cent by the year 2030.

Ndevr reported that if emissions were to continue at this rate (0.2 decline per annum) the target would actually be met in 2098. And, well, not many of us would be around to see that play out. 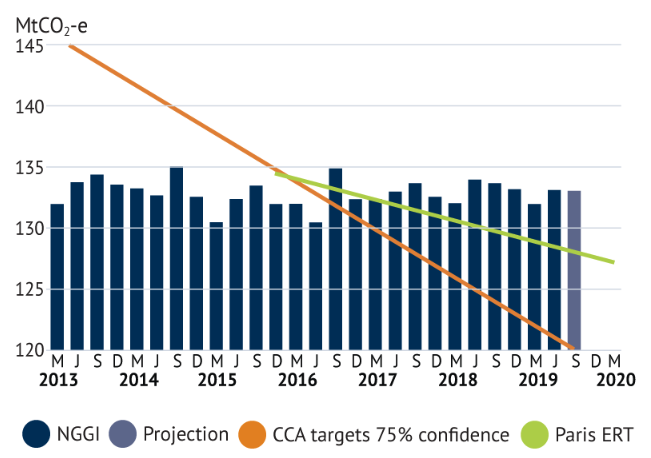 Despite the lack of speed in our elimination of carbon emissions, we’re still kicking goals when it comes to providing electricity through renewable energy sources. In fact, renewables formed 24 per cent of our market’s total during the September quarter, according to Drum.

The National Electricity Market said renewables have made up the biggest share in Tasmania, forming a whopping 99 per cent. In South Australia, it sits at 51 per cent, while Victoria is reporting a record high supply of 24 per cent. NSW and Queensland have reached 16 per cent and 13 per cent respectively.

The issue still sits with the fact even though pollution has seen a reduction, it could be overridden by other sources of emission. This includes the production of LNG, as export preparation begins.

There’s also fears that electricity’s contribution to lowering emissions could come to a stop if investment into larger-scale renewables continues to plummet. It’s seen a decrease in support since the latter end of 2019 and needs dire attention if the technology is to continue advancing.

At this rate of financial backing, the Clean Energy Council predicts that the industry will see a halving in new developments across solar and wind this year, in comparison to 2019.

RELATED: Australian bushfires responsible for half of country’s carbon emissions