A Brisbane home solar owner has won a solar stoush in Queensland’s Supreme Court over the placement of her solar panels.

Pauline Tyler is celebrating the right to position her solar panels on the street-facing roof of her Brisbane property to gain maximum efficiency, according to Channel Nine News.

As Energy Matters reported in March, her property’s developer wanted the panels moved so they would not be visible from the street. Because Tyler refused to comply with the request, Oxmar Properties took her to court to enforce the order.

Oxmar Properties claim a covenant signed by Tyler when she bought her house-land package gave them the right to choose orientation of solar panels. 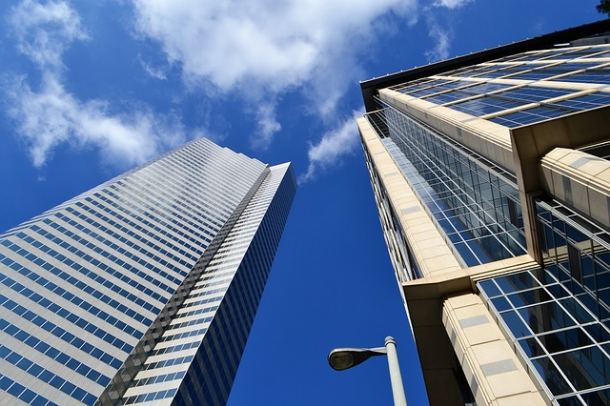 As solar popularity grows, so will clashes with developers over multi-storey buildings blocking sunlight. Image: Pixabay

According to Pauline Tyler’s lawyer, the Queensland Supreme Court decision is a victory for all new home buyers looking for solar quotes.

Oxmar Properties are now launching an appeal against the ruling. However, we may see more of these disputes as solar installations grow in popularity.

Thomas says the new building would have cut her electricity generation by 35 per cent and solar hot water by 85 per cent.  She lives in a small, medium-density complex.

As the ABC reported, the development was stopped by Council. Because the developer appealed, Thomas then had to make submissions to court. Finally, in 2017, the court found in the Council’s favour.

The court recognised the importance of solar panels having clear access to sunlight. Factors like streetscape and natural environment also played a part, however.

No blanket legislation exists for solar

Because no blanket legislation exists around solar installations,  these solar court cases are new legal territory.

In the case of large developments, issues other than solar panels help determine the outcomes. This applied in the Adelaide case.

Considerations such as visual impact and blending in with existing density and design requirements have so far carried more weight than just solar impact.