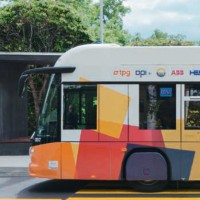 Recharging an electric bus in just 15 seconds seems a bit far fetched – but ABB has the technology and now its first contract.

According to ABB, it’s the world’s fastest flash-charging connection technology; taking less than 1 second to connect the bus to the charging point. When the bus halts, a contact on its roof automatically rises, using laser guidance to align with an overhead receptacle.

The onboard batteries can then be charged with a 600-kilowatt boost of power at the bus stop for a period of 15 seconds. The boost doesn’t fully recharge the batteries, that will require a further 200kW 4 to 5 minute charge at the terminal at the end of the line.

Still, it’s pretty impressive and it’s a very clever idea to take advantage of the short time the bus is not moving when setting down and picking up passengers for a bit of a top up. 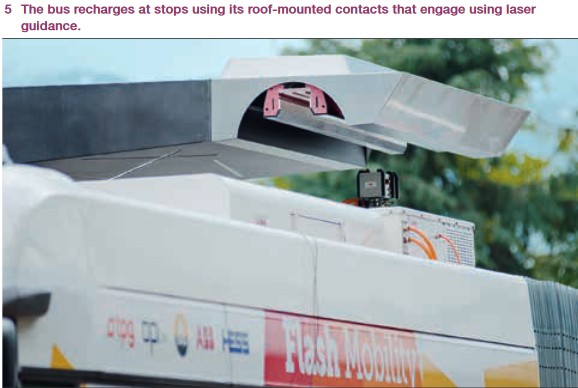 “We are proud of this breakthrough technology to support Geneva’s vision of providing a silent and zero-emission urban mass transportation for the city,” said Claudio Facchin, President of ABB’s Power Grids division. “It provides a model for future urban transport and reinforces our vision of sustainable mobility for a better world”.

These electric buses will help avoid as much as 1,000 tons of carbon dioxide emissions per year compared to existing diesel buses.

As to how the electricity for this project sourced; i.e. whether wind, solar or other renewables – or fossil fuels – isn’t clear.

ABB is probably best known in Australia for its high quality ABB solar inverters, which have been installed as part of many solar power systems across the country; both residential and commercial.

The ABB Group of companies has a presence in around 100 countries and employs approximately 135,000 people. 2016 sees the company celebrating 125 years in Switzerland.