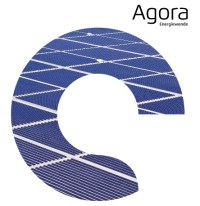 Large scale solar power could be cheaper than electricity generated from coal or gas in Australia by 2050 says a study commissioned by Germany’s Agora Energiewende.

The organisation points out utility-scale solar is already cheaper in some regions of the world such as Dubai where a long-term solar PPA for USD 5 cents per kilowatt hour was recently signed.

“The study shows that solar energy has become cheaper much more quickly than most experts had predicted and will continue to do so,” says Dr. Patrick Graichen, Director of the Agora Energiewende. “Plans for future power supply systems should therefore be revised worldwide.”

Given the rapid drop in pricing of components such as solar panels, a fundamental review of the future role and potential contribution of photovoltaics is also needed for the heating, cooling and transport sectors says the report.

With regard to power generation, and even in conservative scenarios assuming no major technological breakthroughs, a cost of 3.4 to 7.1 ct/kWh in 2025 and 1.6 to 4.9 ct/kWh (Euro) in 2050 in Australia is achievable for utility scale solar. 1.6 Euro cents is approximately 2.8c AUD at current exchange rates.

Owners of residential and commercial solar power systems in Australia already enjoy electricity cheaper than what can be sourced from the mains grid.

While components are becoming cheaper and installation more efficient for large scale projects; there are a couple of issues that could prevent this clean, renewable and cheap-as-chips electricity scenario occurring in Australia.

The study says poor regulation and high risk-premiums reflected in interest rates can raise the cost of solar plants by up to a massive 50 percent.

“Favourable financing conditions and stable legal frameworks are therefore vital conditions for cheap, clean solar electricity. It is up to policy makers to create and maintain these conditions,” says Dr. Graichen.

Unfortunately, stable legal frameworks for utility-scale solar is not something Australia has been particularly good at recently given the current government’s attitude to renewables. Last week marked the one year anniversary of the Federal Government’s launch of its review of Australia’s Renewable Energy Target; which still hasn’t been resolved.

Globally, and in the most pessimistic scenario, the study report states annual additional solar PV installations will increase from ~40 GW in 2014 to 175 GW in 2050. In total, ~6000 GW of utility scale solar capacity would be installed by that year.  In the most optimistic scenario, 1780 GW of photovoltaic systems will be installed per year  – a total capacity of ~36000 GW by 2050.

The full study report can be viewed here : Current and Future Cost of Photovoltaics (PDF). The study was performed by the Fraunhofer-Institute for Solar Energy Systems (ISE).