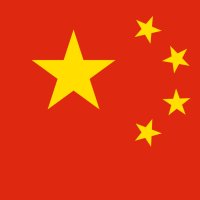 Following on from 2014, China again reduced the amount of coal it burned last year – and by a greater amount.

The recently published  “Statistical Communique Of The People’s Republic Of China On The 2015 National Economic And Social Development” reveals while the nation’s population grew by millions last year and along with it energy consumption, consumption of coal declined by 3.7 percent. This follows a 2.9 percent cut in 2014.

In 2015, coal accounted for 64.0 percent of the nation’s total energy consumption; while clean energy use including hydro, wind, solar and (questionably) natural gas and nuclear accounted for 17.9%.

The reservations about natural gas and nuclear being clean aside, it was a phenomenal year for renewables; particularly wind and solar.

China’s installed solar PV total is now around 8 times that of Australia. As we reported last week, the USA’s cumulative solar PV installations had reached around 25 GW by the end of 2015.

By the end of 2015, China’s total installed electricity generation capacity was a gargantuan 1,508.28 gigawatts, up by 10.5 percent over the end of the previous year.

Aside from energy related statistics, the Communique generally makes for fascinating reading; full of all sorts of interesting facts and figures. The huge document can be viewed here.