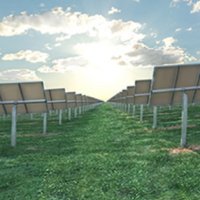 The Clare Solar Farm project, which received development approval from Burdekin Shire Council in May, has been “called in” by the Queensland government.

Ms. Trad exercised her ministerial call in powers on August 28.

“Council’s original decision to approve this development, which was subject to appeal to the Planning and Environment Court, will be set aside and a new assessment will be made,” Ms Trad said.

“I have notified all stakeholders, including the applicant, the Council and submitters of my decision to ‘call in’ the proposed development.”

The appeal referred to was instigated by Wilmar Sugar, which contends the facility will take up “good quality agricultural land”

The call-in, according to a government media statement, was “to ensure the potential economic and environmental benefits of the project are balanced with community concerns that include possible impacts on important cropping land.”

The Deputy Premier’s decision on the development application will be made in November 2015.

Clare Solar Farm is to be located around 35km south-west of Ayr, near the village of Clare, in the shire of Burdekin. The proposed site consists of approximately 340Ha of rural land that is currently being utilised for growing sugar cane.

“We are all for growing our region and diversification is one way that we can ensure the Burdekin will remain a sustainable economy,” said Mayor Bill Lowis in July.

“If we can lock in an investment of up to $400 million which will have minimal impact on our primary agricultural base, then why wouldn’t we?”

The project’s developers, FRV, envisage a solar panel capacity of up to 150MW, pending final design. The facility will be utilising single-axis tracking system; rotating the solar panels rotate from east to west and following the sun throughout the day.

FRV propose to connect to the electricity grid via the existing Clare South substation; which is located immediately adjacent to the solar farm site.

Up to around 200 workers will be needed to construct Clare Solar Farm. FRV aims to commence construction sometime in 2016 to 2017. The plant, which would have a service life of approximately 30 years, will take between 12 to 18 months to build.