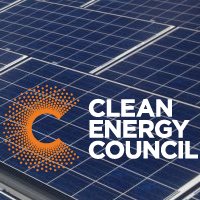 Australian states continue to take a blinkered view of the value of solar power and storage to the electricity network says the Clean Energy Council.

The comments came after a recommendation by the New South Wales Independent Pricing and Regulatory Tribunal (IPART) to reduce the state’s feed in tariff.

Yesterday, IPART released a Draft Report recommending voluntary solar feed-in tariffs in 2015-16 to be 4.4 to 5.8 cents per kilowatt hour (c/kWh). This rate is lower than last year due to lower and less volatile wholesale spot electricity prices according to IPART.

In each instance, important factors have been ignored in determining the value of solar electricity.

“There are three key components of a solar feed-in tariff that have been overlooked by all state governments to date. These are peak wholesale value, carbon abatement and the avoided spend on poles and wires,” said Clean Energy Council Policy Manager Darren Gladman.

With regard to carbon abatement, Mr. Gladman says households with solar power systems should receive an extra 2 c/kWh on top of existing feed-in tariffs just for this element.

Additionally, distributed generation and energy storage can also save networks money by delaying or avoiding the need for new investment in infrastructure, such as poles and wires.

However, valuing this aspect is a complex task. The CEC says it recently released a report (PDF) outlining methodologies to gauge this benefit and a valuation aggregator tool and specification sheet (PDF) is also available for applying the methodology.

“The governments of Victoria and Queensland will soon be reviewing the methodologies they use to calculate their feed in tariffs. We are hopeful that they will recognise the need for a feed in tariff that is fair, efficient and reduces electricity costs for everyone,” said Mr. Gladman.