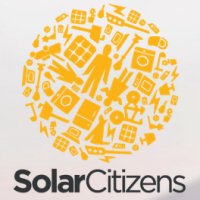 The Essential Services Commission (ESC) has announced a reduction in Victoria’s solar feed in tariff. Solar Citizens is urging solar supporters in the state and throughout the nation to take action.

ESC announced yesterday the minimum feed in tariff will be cut by 20% from January 1, 2016.

“It would be laughable if it wasn’t so serious,” said Solar Citizens’ Dan Scaysbrook.

“The Victorian Government has been making all the right noises about determining a fair price for solar, but today this was undermined by the Essential Services Commission’s decision to cut the tariff from 6.2c/kWh to 5c/kWh from January 1. This will affect tens of thousands of Victorians who have made the decision to go solar and take control of their power bills.”

On Monday, the state’s government launched Victoria’s Renewable Energy Roadmap; which is in part designed to identify barriers to uptake of solar power systems. While residential solar will continue to be a solid investment in Victoria, ESC’s decision could be seen as one of those barriers.

Solar Citizens, a grassroots group protecting the rights of existing and future Australian solar owners, first flagged the issue of the looming ESC decision in July; stating that a Victorian government commitment to a thorough review to determine a fair price for solar electricity was yet to occur.

The group says it is “absolutely ridiculous” to allow FiT cuts before a fair price for solar electricity fed back into the grid has been determined.

“Victorian Solar owners have made the sensible decision to produce their own clean energy from the sun and deserve to be paid a fair price for power fed back to the grid,” says a statement accompanying a petition run by the group.

At the time of writing, more than 3,100 people had signed the petition.