Climate Action Network is a community based initiative to fight climate change. It has grassroots groups with distributed leadership throughout Australia. Its mission is to bring focus to climate change and climate action from Australians.

Energy Matters attended a local community Climate Action seminar in Burwood, NSW, in the suburbs of Sydney on Monday April 29, 2019. The promotion of the meeting was:

Climate Change – what it means for Sydney and what we can do
The science, economics and politics of climate for us non-experts

The meeting was branded as a community forum. However, the timing is that the Federal election was coming in less than three weeks. The group has regular internal meetings, where door knocking and leafleting is organized.

The meeting opened with one of the convenors, Kiki, declaring that Climate Action Network was an apolitical group. Admittedly, they find more common ground with Labor, and especially the Greens, rather than the Coalition. She said, maybe with false hope, that Coalition supporters are certainly welcome in Climate Action.

She then went on to lament that many have accused her of being an alarmist. However, she’s in good company if that is the case…….

Who is sounding the alarm on climate change?

Well, she rhetorically asked, who is sounding the alarm? It’s not just Climate Action Network. The answer is a very cosmopolitan and wide section of society. Based on what she said, the list includes:

She stated that the cost of inaction on climate change is far higher than the cost of action.

The economic trends of climate action

Climate change denialism is becoming unfashionable. However, its former (and possibly still closet) adherents are now coupling their wagon to  the economic cost of action on the problem. That is their current handbrake.

So, who better to argue against that, than an economist? 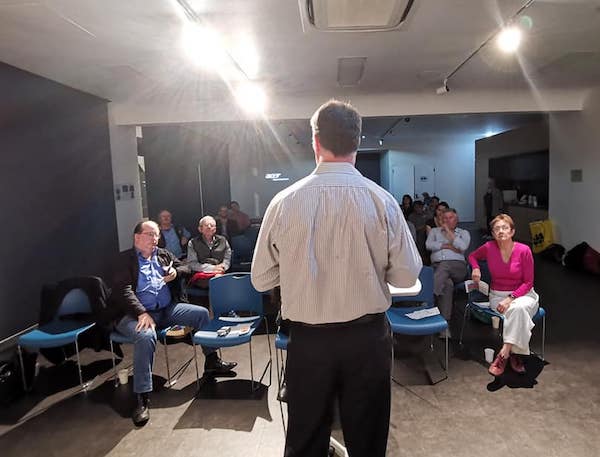 He said that the energy sector is most capital intensive in the world. There is  a total of two trillion dollars per year being moved into it. Investors are currently moving out of thermal coal and into renewables. As a share of primary energy sources, coal has already peaked. 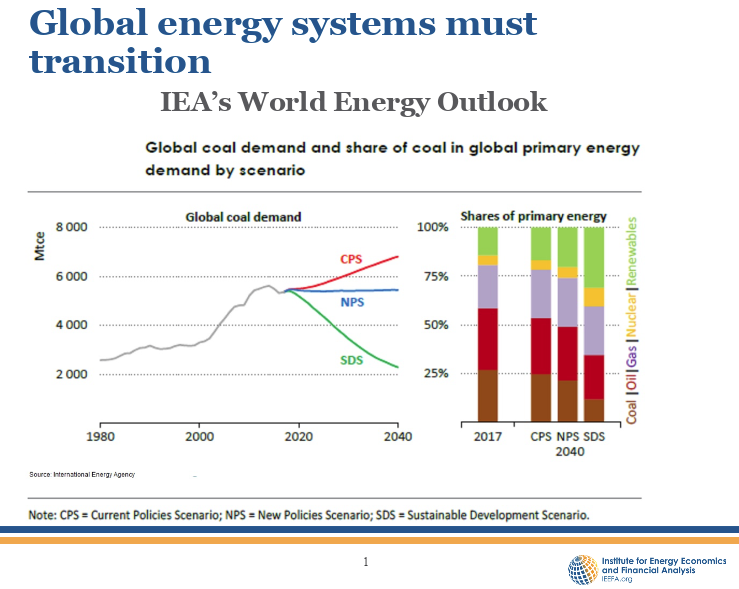 The four largest energy economies are China, India, Japan and USA. Based on their performance, he said that the transition is on the way. Though it’s not fast enough, it is inevitable.

China’s coal consumption peaked in 2014. Additionally, the country’s uptake of electric vehicles means that we may have reached the peak internal combustion engine usage in the world.

That should be instructive for those who say that Australia’s is a minnow’s effort in the battle against climate change, and why should we bother because no one else it…..see the following graph: 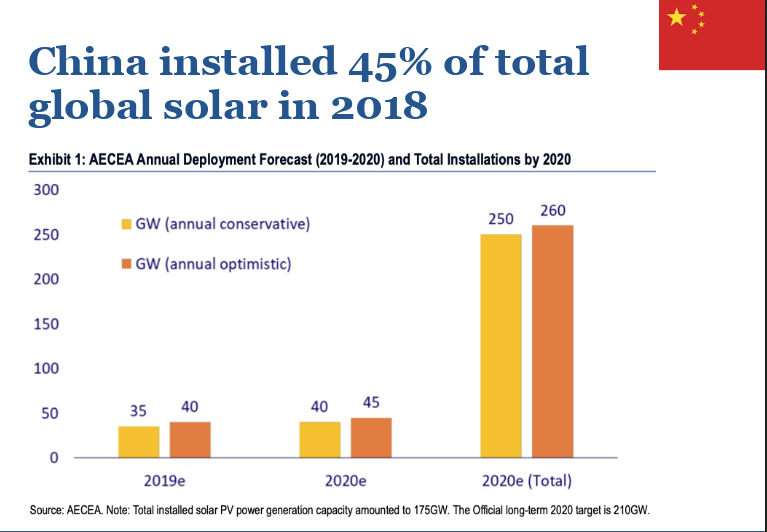 Coal is the high cost source of energy for India. Therefore, the economic imperative for India is to use cheaper renewables rather than import relatively expensive coal. That also gives them energy security. That’s important because a country with 7% GDP growth must be able to cater for that growth. Because of their auction system, Indian renewable energy prices dropped 50% in 2018.

TATA, India’s biggest private energy company, has declared it has no plans to build any coal power stations.

Conservative parties and their advocates on online forums say that Asia is continuing to go coal. In fact, by 2020 closures of coal fired plants will match any additional capacity.

Let’s look at the USA.

Natural gas powered electricity generation has taken a lot of the slack, but that is matched by the uptake of renewable energy.

And just recently the California electricity grid chief said that gas can no longer compete with renewables. 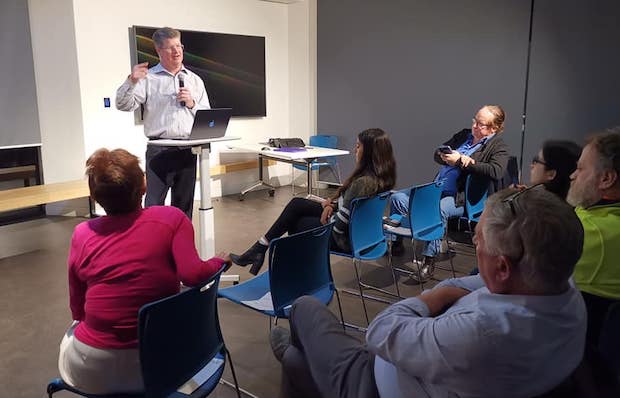 Impact of the shift on Australia

Solar have seen costs drop 70-80% in last 5 years. At the same time, offshore wind costs have dropped at least 50%. That is substantial, but onshore wind cost have seen an up to 70% decrease.

Australia is largest coal exporter and 2nd largest thermal coal exporter. Based on the figures above, that means Australia becomes more vulnerable if it stakes economic success on coal.

Stay tuned for our next article on Climate Action Network, which will cover the other speakers from the forum. However, if you can’t wait and you want to see the presentations from the night go to the Burwood-Canada Bay branch’s web site.