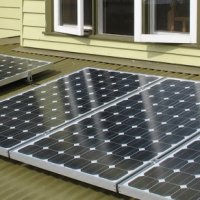 A test-run for Australia’s first solar to hydrogen microgrid is great news for the ecologically sensitive Daintree Rainforest.

A Federal Government grant of $990,150 kicks off the 100 per cent renewable project in Far North Queensland.

On completion, residents in this World Heritage listed area will feed energy from their rooftop solar power systems into a reticulated microgrid. This energy will then be used to create hydrogen. Other than the solar energy, the only other raw material in the production of hydrogen will be water. The only waste product will be oxygen! We can’t have too much of that in most circumstances.

Solar energy will create hydrogen gas, later used for large-scale electricity generators. If water, rather than gas, is the source material, the only by-product of the process will be hot water.

The second phase of the pilot project will then follow, O’Doherty says. A utility-scale solar farm will be built to complement the solar panel input by members of the community. This will include large-scale battery storage.

The Federal Government says the Daintree area burns four million litres of diesel fuel every year. If successful, solar to hydrogen microgrids will replace diesel generators in the region and elsewhere.

The trial will include up to 50 off-grid and fringe-of-grid communities. It will measure whether a solar to hydrogen microgrid is cost-effective. As a result, off-grid capabilities can be upgraded with modern technology.