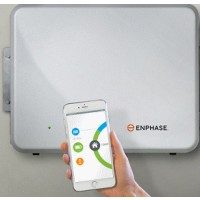 An average household could cut its power bill by up to 80 per cent under Federal Labor’s proposed solar battery rebate.

That’s the verdict of the Smart Energy Council (SEC), based on Labor’s $2,000 rebate and the current offerings by solar battery retailers in Australia.

Turn your home into solar power station and save

The rapid drop in prices and evolution of lithium-ion batteries and associated technology  is changing the way people think about solar power.

Plug and play, set-and-forget solar battery power for homes such as the Tesla Powerwall and the Enphase AC Battery are an increasingly common sight in solar households and smart homes.

Eligible homeowners could save $4,850 on the installation of an 11 kWh battery unit. This equals savings of up to $650 a year in addition to those from rooftop solar panels.

The Queensland Government is expanding its successful solar battery rebate and loans scheme. Round one helped 1,500 applicants access grants up to $3,000 along with interest-free loans.

Bill Shorten’s Labor opposition has set an ambitious renewable energy target (RET) of 50 per cent by 2030.

It also plans to bring back the defunct National Energy Guarantee (NEG) with an increased emission reduction target. Labor would aim for 45 reduction of 2005 CO2 levels by 2003. The Coalition is staying with its current commitment of 26-28 per cent.

Meanwhile, Shorten has pledged $75 million to create thousands of jobs in the clean energy industry if Labor wins the election. This would create 70,000 jobs in the growing renewable sector. Clean energy apprentice programs would also get $45 million of this amount.