Coal – The Little Black Rock – Bombs In An Amazing Way 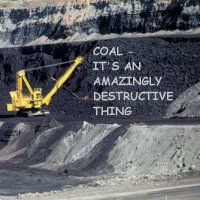 A public relations video for the Australian coal industry has met with a less than positive response. But if the belief is any publicity is good publicity, then we guess it’s been a roaring success.

It’s probably a good thing the comments have been switched off for the Mineral Council of Australia’s “Coal. It’s An Amazing Thing” video. At the time of writing, it had received nearly 1,300 thumbs down compared to just 28 “likes” on YouTube.

According to RenewEconomy, 350.org’s Blair Palese says the coal industry is running scared.

“This desperate ad is a figment of the Mineral Council’s imagination and cannot stand up to the reality of renewables cutting into the market with very little support. People will see through this but sadly there is no transition plan to renewables in Australia,” he said.

“To promote coal as ‘amazing’ could be considered negligent, or it might even be considered culpable,” said chief executive Kelly O’Shanassy.

“Despite the last desperate protests from Big Coal PR, the era of that nasty black stuff is over. Coal has been literally killing us, so we’re moving on at last and leaving the 18th century behind. Little black rock – you’ve caused so much pollution and havoc to our world, you can stay in the ground from now on thanks. We have the sun, the wind and the technology to thrive in the new world. We don’t need you.”

Mashable says the campaign has “backfired hilariously” and that the Twitter hashtag #coalisamazing quickly became popular on Twitter; but perhaps not in the way the Minerals Council may have hoped.

News.com.au has posted a “best of” roundup of comments on the video and accompanying web site; a campaign that has been branded by some as the “public relations fail of the year”.