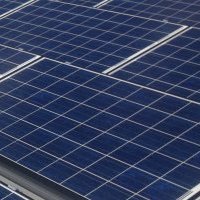 The first three of 2,000 solar-powered hammer mills have arrived in Zambia; part of the African nation’s Presidential Milling Initiative.

According to the Lusak Times, President Edgar Lungu says the hammer mills will help reduce the price of mealie-meal* and create over 3,000 jobs for Zambians; including services related to maintaining the equipment.

The North-Western Province Cooperative Movement has applauded the initiative.

“Now with the solar energy milling machines we won’t spend so much like we used to spend on diesel, water and oil but with this energy from God, cooperatives will make money; we really thank the President,” said the Co-operative’s Chairman, Simon Kyanguba .

The first three mills will be going to Kasama in Zambia’s northern district, Chongwe in Lusaka and Solwezi in north western provinces. More than 200 of the hammer mills should be in the country by the end of October.

In total, the mill purchases will cost around US$200 million.

Zambia Cooperative Federation has been given the responsibility to identify cooperative societies to manage the solar powered milling plants.

Zambia will be increasingly embracing solar power in the time ahead. In July, the Industrial Development Corporation of Zambia (IDC) has signed an MoU with the International Finance Corporation (IFC) to develop two 50MW solar power stations in the nation.

At that stage, President Lungu had directed the IDC to develop at least 600 MW of solar power capacity countrywide as soon as possible. In August, Zambia’s Minister of Mines, Energy and Water Development projected that by August 2016, Zambia will add approximately 1,200 megawatts of solar capacity to the national grid.

Adequate electricity supply is a pressing issue in Zambia; which is primarily sourced via hydropower. Lack of rainfall has left the country facing a 560-megawatt power deficit, creating a situation where grid operators may need to ration power to the nation’s copper mines.

*Mealie-meal is a coarse flour made from maize which is known as mielies or mealies in southern Africa.  It is a staple food in many parts of sub-Saharan Africa and is often used to make pap, also referred to as mieliepap (Afrikaans for maize porridge).